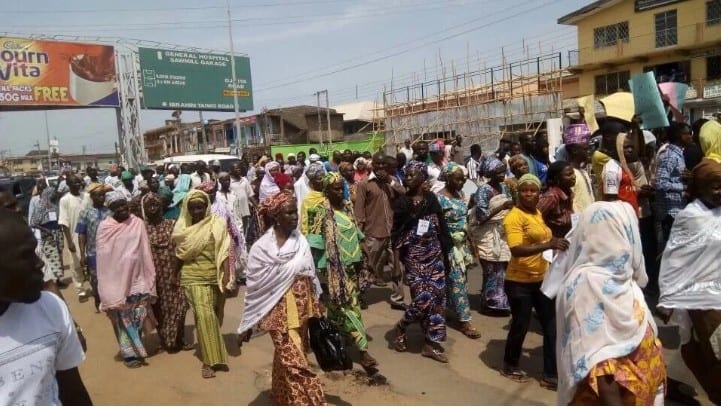 Residents of Ilorin, kwara state are currently protesting for good governance and calling for an end to what they describe as corrupt Saraki dynasty in the state Naija News

The protesters claimed that have were fed up with alleged political imprisonment by Senate president, Bukola Saraki.

According to Sahara Reporters, which revealed the video of the protesting residents, said aggrieved are mostly made up of women and youth.

Saraki was Kwara state governor for eight years before moving to the Senate where he is the current president and chairman of the National Assembly.
The protesters who were equipped with placards carrying various inscriptions, marched across the streets of Ilorin.
Saraki is beleived to have continued to wield strong influence after installing Abdulfatah Ahmed the current governor of the state.