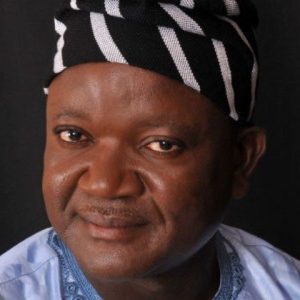 Benue State Governor, Dr. Samuel Ortom, has pleaded with civil servants in the state to be patient with the government as measures are being put in place to ensure the salary arrears owed them aare paid.

The governor made the appeal on monday, through his Special Adviser on Assembly matters, Hon. Moses Oduh, during a town hall meeting with stakeholders at Otukpa, Ogbadibo LGA, the governor assured that the outstanding salaries of civil servants in the state, would be paid before December 2017.

The  State Chairman of All Progressive Congress, Comrade Abba Yaro, also petioned thecivil servants to be give the government some time, as they would tackle every form of corrupt practices that have caused the challenges faced in the state.

READ ALSO: Benue flood: We have spent up to N50 million on victims – Ortom

Also speaking at the event, the Ad’Ogbadibo, Prince Agbo Enenche, former Chief Medical Director of federal medical centre, Makurdi, Dr. Mattias Oyigeya and Mr. Emmanuel Abbah, appealed to the civil servants to exercise patience, noting that embarking on a strike action would not be the best step to take in combating the present situation.