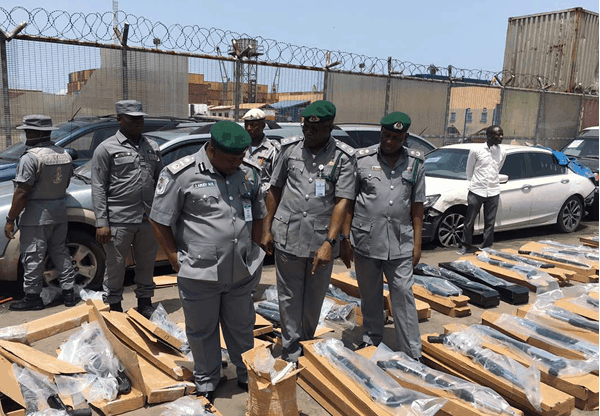 The Zone B chapter of the Nigeria Customs Service, Kaduna, has intercepted smuggled items valued at over N1.4 billion from January to August, its Controller, Aminu Dahiru, has said.

Dahiru made the disclosure in a telephone interview with the News Agency of Nigeria (NAN) on Wednesday in Minna, saying a total of 1,357 items were impounded during the period.

According to him, some of the items seized comprise second hand vehicles and clothes, trucks load of rice, vegetable oil, tin tomatoes, illicit drugs, mosquito coil, tyres, furniture and drones among others.

The controller emphasized the continued efforts of the command to mount surveillance and adopt strategies to curb smuggling in the area.

“We have declared war against smuggling and have deployed competent officers to man all identified illegal routes used by smugglers to bring in unwholesome goods into the country.

“We have taken concrete measures to stop illegal importation of banned goods in order to contribute our quota in the promotion of Made-in-Nigerian goods,” he said.

Dahiru said that the zone has reorganized its mode of operations and equipped its men to operate optimally.