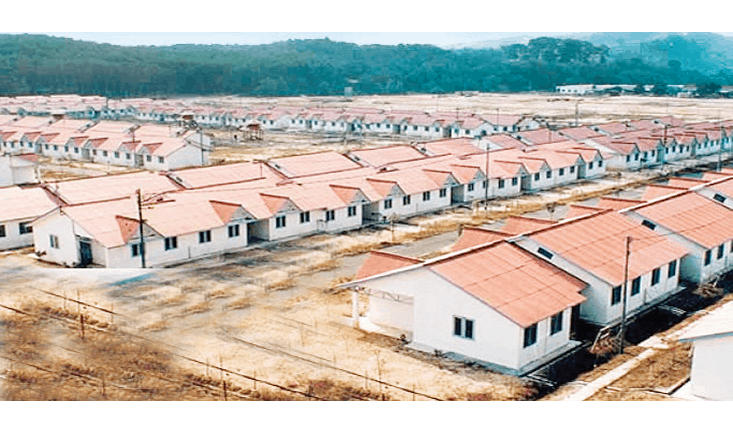 The Minister of Power, Works and Housing, Mr Babatunde Fashola, said that the Federal Government has commenced construction of houses in 33 states for workers under its National Housing Programme.

Fashola made this known at the sixth meeting of the National Council on Lands, Housing and Urban Development organised by the ministry on Thursday in Abuja.

Under the housing programme, he noted that 653 contractors were engaged in the pilot scheme to deliver 2,736 units, while a total of 54,680 people were employed in the process.

He said the construction which was made possible because of the availability of land in those state was to fulfil commitments made in last year’s council meeting held in Ilorin, Kwara.

“At the time of the council meeting in August 2016, I reported that we were finalising designs to accommodate our cultural, climactic and other diversities.

“And that when the designs were completed we will commence construction to pilot the designs and test them for affordability and acceptability.

“I am pleased to report that construction has started in 33 states where land has been made available. This is fulfillment of another commitment made at last year’s council by at least 90 per cent.

Fashola also noted that during the 2016 council meeting, the council resolved to facilitate the use of exchange of letters for the Transfer of Title to land when states were transferring land to the Federal Government.

He said that there has been inspiring compliance based on the several letters of exchange that he has received and duly signed thereby urging states yet to comply to do so.

Expressing gratitude to the state governments which offered their lands and ministry’s staff who worked hard to drive the progamme, he lauded the federal government for its commitment.

“I made visits to our sites in Taraba, Gombe, Ekiti and Oyo, and what I saw demonstrates to me very clearly the impact of the programme, even at the pilot and inception stage.

“And this brings me to the theme of this year’s council meeting which is “Building for Inclusion, Growth and Prosperity” because the artisans are gainfully employed by participating at the site.

“The opportunities for inclusion include masonry, electrical, plumbing, welding, supplies of materials, transportation and many more. Our desire is to multiply these opportunities this year and beyond.

He, however, advised that while being committed towards the national policy of delivering affordable housing, it would be important to look at short, medium and intermediate streams of opportunities for employment and productivity.

He said this was consistent with one of the pillars of the Economic Theory and Growth tagged: “investing in our people” inaugurated by President Muhammadu Buhari.

On procurement, Fashola said he directed the ministry’s staff to review the procurement requirements and guidelines in consultation with its legal department, to ensure that it opened opportunities for participation.

“My experience in the last 20 months is that small businesses have difficulty complying with our procurement process and this requires not only policy reviews as I have ordered, but also legislative intervention by parliament.

“This is one of the actions we must take to fulfil the objectives of the theme of this Council so that we can build for inclusion, for growth and for prosperity.