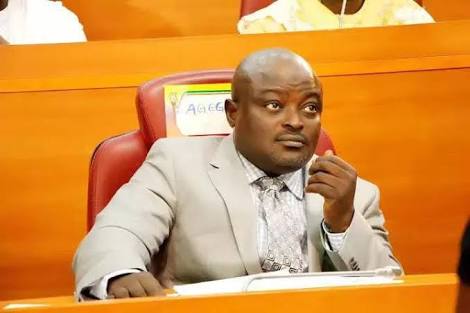 Three men, accused of cyber crime and theft of N9.2million, property of Lagos State House Speaker, Obasa have been remanded in Ikoyi Prison by a Federal High Court in Lagos, after they were arraigned today.

According to NAN, the men, Frank Nwokobia, 27, Ezeoke Kanayochukwu, 25, and Godwin Essien, 28, were arrested in Delta and charged by the State Criminal Investigation and Intelligence Department (SCIID), of the Lagos State Police Command, Panti-Yaba,of the Nigerian Police Force.

The police said the three men conspired to hack the Facebook account of the Speaker of Lagos State House of Assembly, Mudashiru Obasa, and also gained access to his account at Guaranty Trust Bank, where they stole his N9, 188,100.

The accused were arraigned before Justice Chuka Obiozor, on a five-count charge of conspiracy, impersonation and theft.

The Police prosecutor Barrister Williams Olu Ologun informed the court that the three accused were arrested in Delta State, after Obasa, petitioned the police that his Facebook account had been hacked into and that the sum of N9.188,100 million had been withdrawn from his account by unidentified individuals.

He also stated that upon the arrest of the accused , they voluntarily made statement admitting being into cyber crime business.

The three accused pleaded not guilty to the charges.

Their lawyer, Mr. Ali Abba, therefore, urged the court to admit them to bail in liberal terms,as they have credible sureties, and that they will always attend court for their trial.

Justice Chuka Obiozor, granted the accused bail in the sum of N5 million with one surety each.

The surety must be recommended by their lawyer,who must be resident of Lagos State, with landed property and three year tax payment.

The judge also stated that the property title documents and tax payment must be verified by the court’s Deputy Chief Registrar (DCR).

Thereafter, Justice Obiozor ordered that the three accused be remanded in the prison custody ,pending the perfection of their bail conditions.