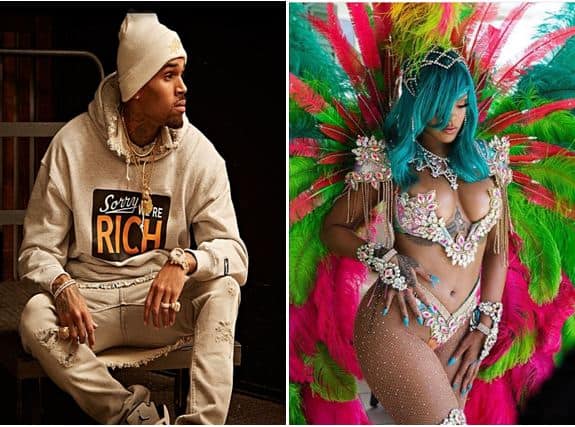 It was time for Rihanna’s favorite event of year on Monday, August 7, the ” Crop Over Festival!”

The 29-year-old “Wild Thoughts” singer travelled to her home country Barbados to participate in the Kadooment parade. 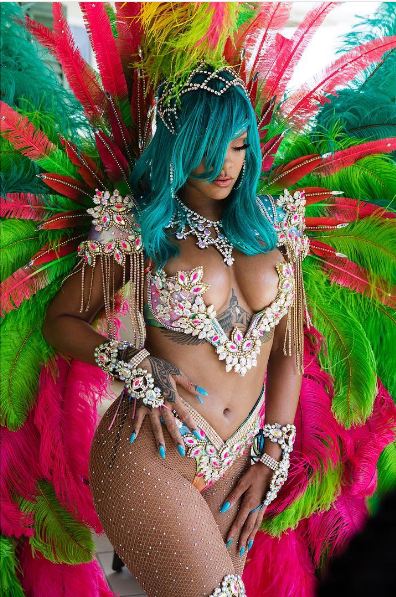 In the spirit of the festival, the Riri as she fondly called modeled a bejeweled bra and thong set and added some fabulous flair with feathered “wings.”

Crop Over Festival, is Barbados’ largest annual event and a season that starts in May and ends on the first Monday of August (known as Kadooment Day). The celebration ends in grand style, with a parade along Spring Garden Highway in the nation’s capital, Bridgetown, all set to a soca soundtrack.

On Monday night, Rihanna posted on Instagram, her outfit from the annual event with a standard caption. 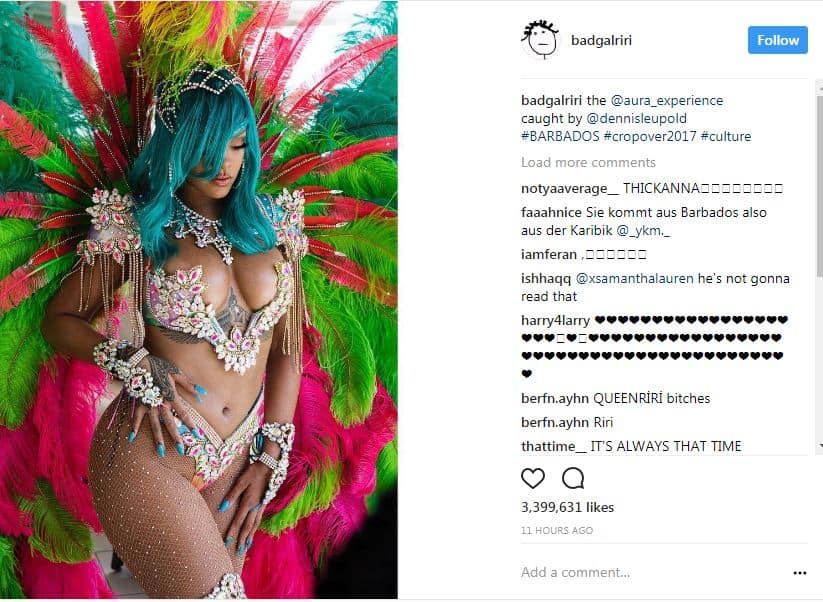 A glance at the beautifilly bedazzled pop star got her ex mesmerised to the point of commenting on her Instagram post. 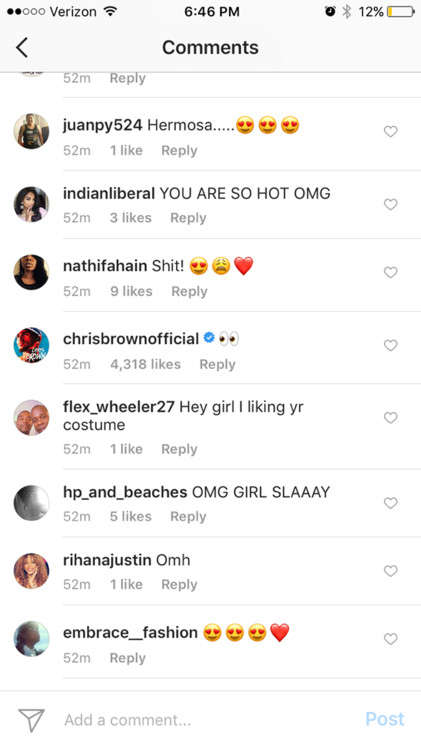 Chris brown commented with a side eye emoji and Rihanna’s fans expressed their disapproval, as a result of the Chris Brown negative comment on one of Rihanna’s Snap Chat post somene time in February this year.

Chris Brown had the audacity to comment “?” under Rihanna’s picture. Imagine being that bold.