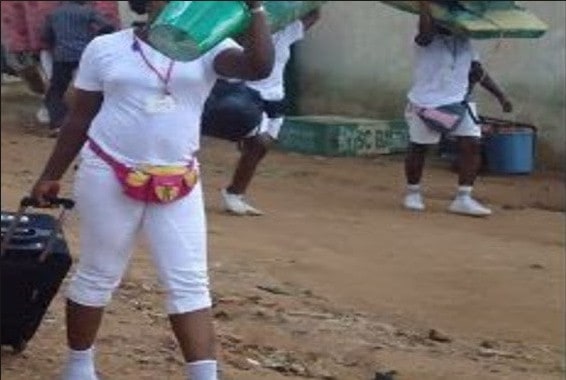 It was a show of shame yesterday when two corpers currently in orientation camp were caught in the act in Plateau State NYSC camp.

The corpers, of the recent Batch A Stream 1 orientation Camp in Mangu Plateau State were caught having sex inside a gutter in the wee hours of yesterday.

The two erring corpers, were caught in the act after lights out by parading soldiers.

The male corpers blamed the devil while the Female corper who happens to be married blamed the weather conditions in Plateau State and stated that she can’t stay too long away from sex.

The NYSC by-laws clearly doesn’t allow this and the two corpers have been decamped in accordance with the rule. They would be eligible for the youth scheme with the next batch.