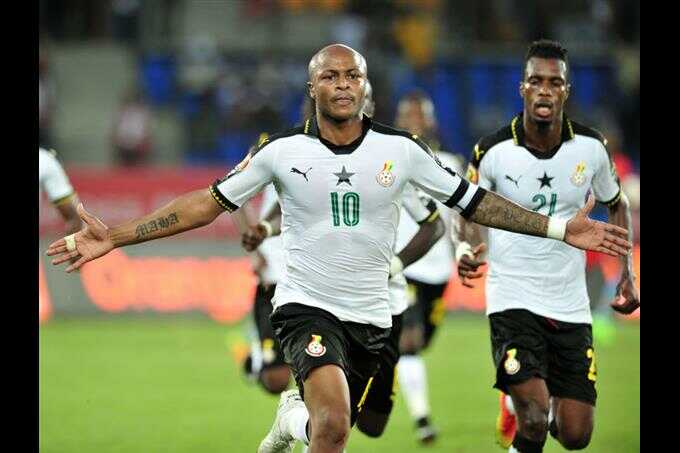 The Black Stars defeated DR Congo 2-1 to proceed to the 2017 Africa Cup of Nations (AFCON) semi-finals this was made possible by Ghana’s Ayew brothers grabbed a goal each during the match.

Aston Villa’s Jordan Ayew opened scoring in the 62nd minute, curling the ball past Ley Matampi in the Leopards’ goal.

Paul-Jose M’Poku equalised for DR Congo with a sensational curling long-range effort from outside the penalty area.

The Ayew brothers are sons of Ghana football legend Abedi ‘Pele’ Ayew, ranked among the greatest African footballers of all time.

Ghana, seeking a first Cup of Nations title since 1982, will play Cameroon next Thursday in Franceville for a final place.

Although Ghana had more possession during a goalless first half, it was DR Congo who came closest to scoring in a stadium surrounded by dense rain forest.

Giant Hull City striker Dieumerci Mbokani featured prominently for the Congolese Leopards, and one of his attempts was foiled by the woodwork.

A suicidal back pass from Ghanaian Harrison Afful was intercepted by Mbokani, who rounded goalkeeper Razak Brimah, but his scuffed, angled tap hit the post.