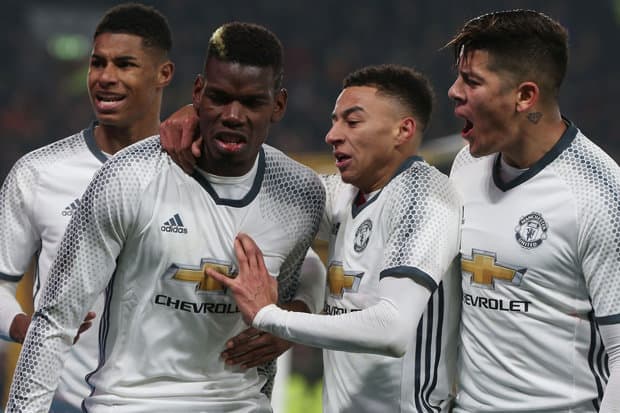 Manchester United secured their place in the EFL Cup final with a 3-2 aggregate win over Hull City at the KC Stadium on Thursday evening.

The Red Devils fell behind to a Tom Huddlesstone first half penalty after Marcos Rojo was adjudged to have pulled down a player inside the box and the former Tottenham midfielder finished past David de Gea with aplomb.

The goal was against the run of play as the visitors had dominated possession. However, Zlatan Ibrahimovic nearly equalised for the Red Devils but his shot was well saved by the goalkeeper.

Pogba found Jesse Lingard with an exquisite chip but the Englishman failed to control with just the goalkeeper to beat.

In the second half, Manchester United who had a 2-0 advannewse reduced to one by the Huddlestone goal came out blazing and it paid off as Paul Pogba poked a deflected cross from Rashford into the bottom right corner of the net.

Marcos Rojo nearly made it 2-1 as his header clattered onto the crossbar but it was the home side that eventually took the lead as on loan Everton star Baye Oumar Niasse tapped into an empty net from David Meyler’s cross pass.

The game ended with Hull City beating Manchester United 2-1 on the night but they qualified on a 3-2 aggregate and will play Southampton in the final at Wembley.