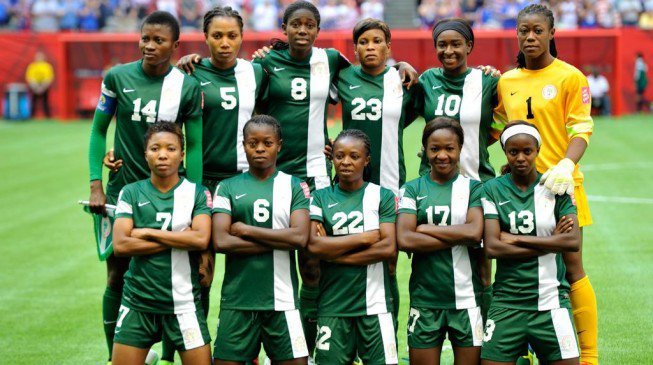 The federal government has released N471m for the payment of outstanding match allowances being owed the Super Falcons and Super Eagles.

Kenechukwu Offie, director of information at the office of the accountant-general of the federation (AGF), disclosed this in a statement on Friday.

On Wednesday, the Falcons protested at the national assembly over non-payment of their dues.

The same day, President Muhammadu Buhari ordered the immediate release of funds to the team which won the women’s Africa Nations Cup in December.

According to the office of AGF, the payment has been effected.

“The office of the accountant-general of the federation has released the mandate to Central Bank of Nigeria for payment of naira equivalent of US$1,173,820.00 at N305/$  to Nigeria Football Federation to pay outstanding winning bonuses for Super Eagles in the 2018 World Cup qualifying matches and for the Super Falcons’ participation in the 10th Women’s Africa nations Cup,” the statement read.

“This is in furtherance of the approval from Honourable Minister of Finance for the said amount to be paid. The mandate which is a sum of three hundred and fifty-eight million, fifteen thousand, one hundred naira only has been paid by Central bank of Nigeria as at yesterday 15th December, 2016.

“Similarly, another mandate for the sum of one hundred and thirteen million, eight hundred and twenty thousand, six hundred and two naira only has also been released by office of accountant general of the federation for the payment of wining bonus for Super Eagles in the 2018 World Cup qualifying matches; and for the Super Falcons’ participation in the 10th Women’s Africa Nation’s Cup.

“This amount has also been paid to Nigeria Football Federation and is equally sequel to the approval of the Honourable minister of Finance.”