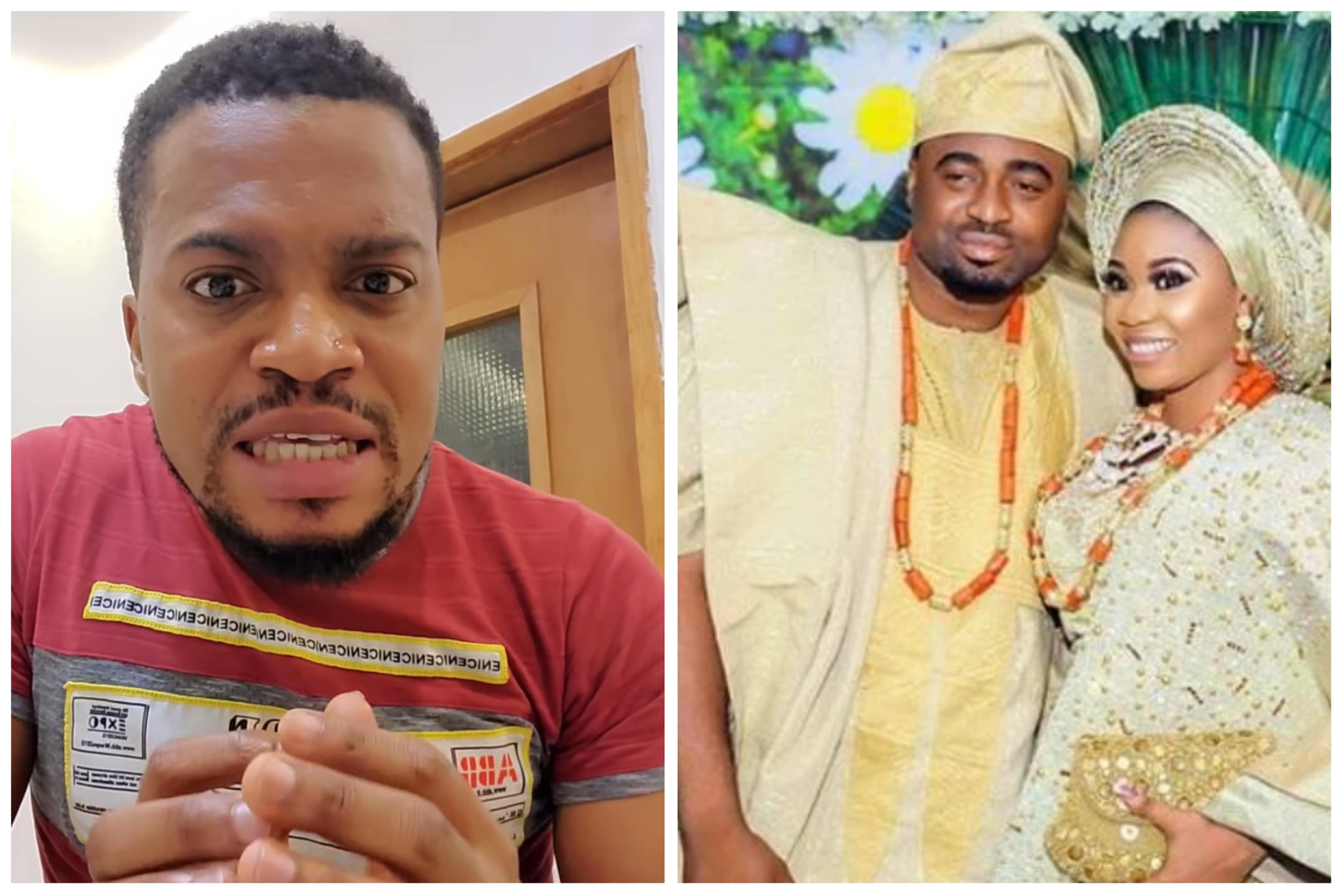 Popular Nollywood actor, Akeem Adeyemi, has defended his colleague, Wunmi Toriola, over the controversy surrounding her crashed marriage to her US-based husband, Ayo.

Naija News earlier reported that the lady Wunmi Toriola’s US-based husband is proposing to marry saw a gist about him and the actress on an Instagram gossip blog regarding the crash of their marriage.

The unidentified lady confronted him, resulting in Wunmi’s husband opening up about the crash of their marriage, accusing the actress of hitting his mother.

Wunmi Toriola’s husband added that the marriage was a total regret but failed to respond to the question of who was at fault.

In a statement shared on her Instagram page, Wunmi said their marriage had crashed for over a year but she chose to remain silent about it because there was no need for drama.

Setting the record straight, the actress refuted claims of being a violent person, saying she never at any time exchanged punches with her mother or mother-in-law.

She described the allegation as not just a personal attack but satanic, adding that the accusation of beating her mother-in-law was false and her family members including her inlaws can attest to it.

In a post shared on Instagram, Akeem Adeyemi, debunked the claim that Wunmi is a violent person, stating that she made a huge contribution to the marriage.

According to him, Wunmi’s ex-husband is being manipulative and also lying to the new woman he is proposing to marry.

Akeem noted that Wunmi sponsored their wedding and paid 80% of the hospital bill for her husband when he was sick and needed to undergo surgery.

He said: “Wumi Toriola is not a violent person. She gave her all in that marriage but it didn’t work out as expected. She was a maga in the marriage. Ayo, her ex is so manipulative and he is lying to his new woman just to tarnish Wunmi’s image. The mother-in-law he claimed Wunmi beat still calls her till today.

“Wumi funded 90% of the wedding. When Ayo her ex was terribly sick and needed money for Surgery. Wumi paid 80% of it. When he had no job, Wumi was taking care of the finances of the home without complaining yet this guy was having extramarital affairs and he gave her mental torture. When she went to deliver their baby in America. Ayo never called her to check on her. How many women can accept this?”