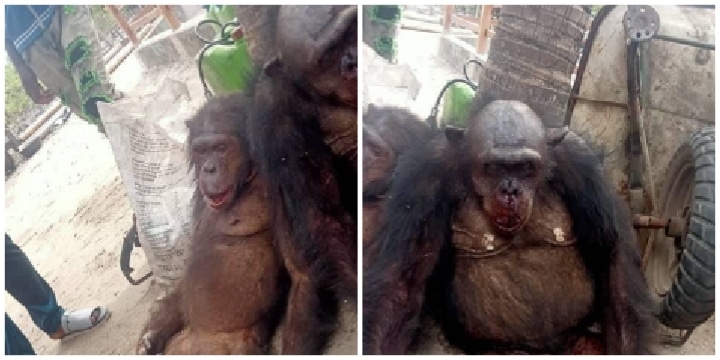 Residents of Nembe Local Government Area of Bayelsa State have killed chimpanzees in the Edumanom Forest.

Photos of hunters boasting of killing and selling chimpanzees to interested locals who used them in making pepper soup has surfaced on Facebook.

One Ebiowei recently shared photos of ‘’Chimpanzee meat pepper soup which he enjoyed with yoghurt.

“Gunned down by a hunter in the forest today at Nembe, Bayelsa state. A good meal.” He captioned the post.

Reacting to the development, environmentalists raised the alarm and expressed worries over the rate at which endangered species were being hunted and eaten.

Speaking with the Nigerian Tribune, the Project Officer of Environmental Right Actions (ERA) Niger Delta Resource Centre in the state, Morris Alagoa, described the hunting of Chimpanzees in the Edumanom Forest Reserve as unfortunate, adding that it appears there is lack of seriousness and follow through actions on the part of the authorities, both at the state and federal level.

“I am aware that there are laws prohibiting the killing of such endangered species of animals in our environment. Unfortunately, there seems to be a lack of seriousness and follow through actions on the part of the authorities; state and federal. Besides, it is unimaginable that such is happening in a government recognised and reserved forest which is gazetted too,” he said. 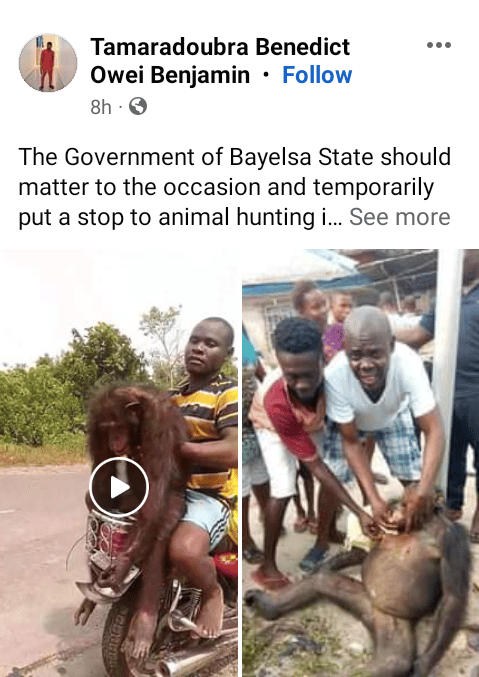 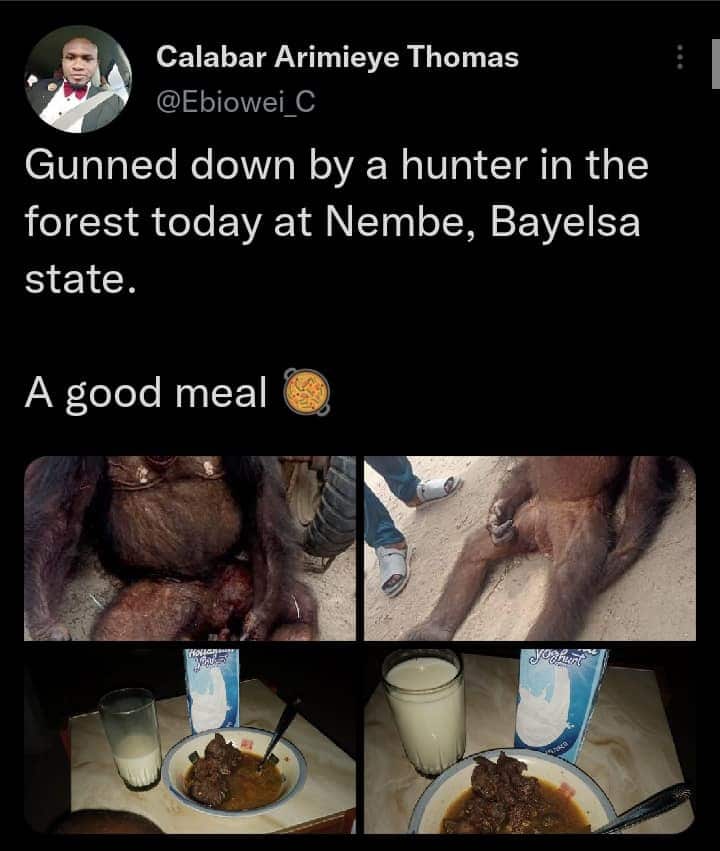