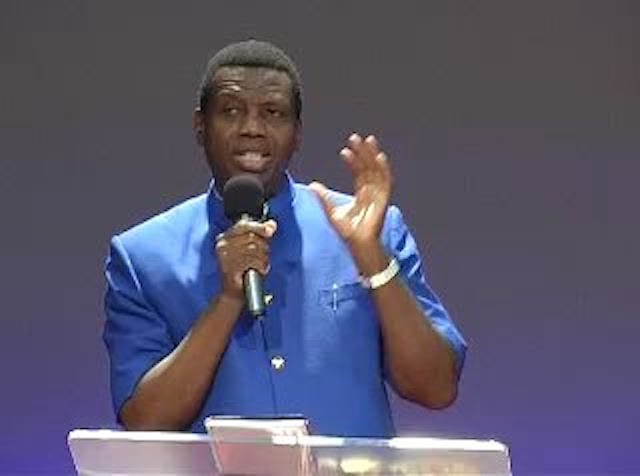 The General Overseer of the Redeemed Christian Church of God (RCCG), Pastor Enoch Adeboye, has refuted media reports that he advised Christians to buy guns for self-defence.

Several reports emerged on Saturday stating the renowned cleric had asked Christians to defend themselves against attacks from criminals.

During his sermon at the Holy Ghost Service on Friday, Adeboye said though safety is of the Lord, the Bible isn’t against Christians defending themselves against harm.

He had urged members of the church not to be afraid to attend church programmes because of the recent terrorist attack on St Francis Catholic Church in Owo, Ondo State.

Clarifying his sermon on Sunday during the monthly Thanksgiving Service, Adeboye said he never asked Christians to go and buy guns.

He, however, asked Nigerian Christians to make sure that unwanted visitors don’t come to churches and kill innocent citizens.

Adeboye also urged Christians to pray agent the plans of the devil to depopulate the kingdom of God.

“I never asked Christians to go and buy guns. Samson in the Bible did not fight with guns

“Don’t buy guns. You don’t want to kill anybody. We just must make sure that unwanted visitors don’t come to our churches, so don’t go and buy guns,” he said.

Also, Governor Bello Matawalle of Zamfara State had also asked residents to defend themselves against bandits, while asking the commissioner of police in the state to begin the process of providing licences for residents to carry arms.

However, the governor’s directive has elicited varied reactions, including from Lucky Irabor, chief of defence staff, who said the directive was not the right step to take.