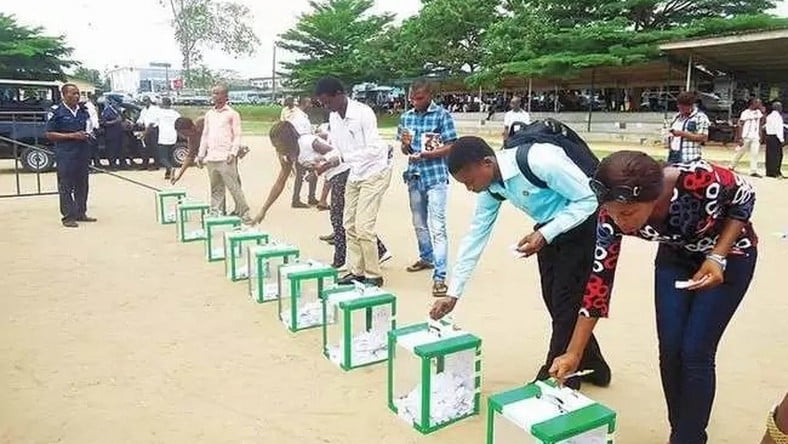 The people make democracy tick. Public participation is at the core of democratic governance. All over the world, activists, leaders of thought, and social crusaders go all out to see to it that their nation adopts democracy as a system of governance. In Nigeria, some of them placed their lives on the line or even lost it just to see that citizens periodically get the chance to determine their political leaders. Thankfully, this paid off as there has been no holding back since 1999 when democracy returned to Nigeria as the fourth republic.

Unfortunately, a substantial part of the populace have consistently distanced themselves from the ritual of democracy despite the debarment of disenfranchisement which democracy guarantees. They do this through voter apathy that sees them take to other activities (even in the face of public holiday regime and restriction of movement) rather than head to their polling units to perform the very critical civic duty.

Since the beginning of the current political dispensation, no winner of the governorship election in Anambra State for example had emerged with more than 300,000 voters. Yet, this is a state with no fewer than two million voters! The state recorded the highest voter turnout of 68 per cent in the 2007 round but this might be a bogus claim, given the high incidence of electoral irregularities associated with that election.

According to the Centre for Democracy and Development (CDD), only 16 per cent of the 1.8 million registered voters turned out to vote in the 2010 elections. A total of 442,242 voters, representing 25 per cent of the 1.7 million registered voters, came out to vote on election day. This voter turnout figure dropped to 22 per cent in the 2017 election. With the cases of insecurity and the recent unknown gunmen threat in the South-east, there have been fears that this Saturday’s polls will sink below the worst record in terms of voter apathy.

Fears over insecurity, which is believed to be behind this, have been so rife that many of the candidates campaigned from a distance so much so to Lagos State. There were reports of killings, shootings, torching of INEC offices, and the daring attacks on even the state governor’s convoy on the campaign trail. To worsen matters there has been the incessant imposition of effective sit-at-home protest by the Indigenous People of Biafra (IPOB) who until Thursday asked every resident to stay indoors over the continued detention of its leader.

The situation was so dire that the Attorney General of the Federation, Abubakar Malami threatened that the federal government may be forced to impose an emergency rule on the state. The insecurity in Anambra was also precarious to the extent that there were calls for the polls to be postponed. Naija News is pleased that none of these routes were taken and that all is now set for the November 6 governorship election in Anambra State. Feelers from Awka in the past 48 hours have shown the resilience of the Nigerian spirit to pull back just when everyone thought it will be tipping over the precipice.

The signing of the peace accord by 18 candidates in the election and the camaraderie they exhibited all through the event convoked by the national peace committee is highly commendable. We expect them to sustain this peaceful disposition during and after the election. Aside cascading the message to their supporters and followers, they must ensure they remain faithful to the accord they signed. It will be in their best interest to do this as the United States has already threatened a visa ban on politicians who attempt to scuttle the electoral process in Anambra.

We welcome the announcement by IPOB rescinding the sit-at-home order it had slammed on the South-east from November 5 to 10, 2021. This no doubt would have greatly undermined the Anambra election as commercial vehicle operators were already declining their services to INEC’s transportation logistics. The separatist group apart from suspending the planned sit-at-home in good measure urged Ndi Anambra to come out en masse to exercise their franchise.

“Following the genuine intervention of our elders, esteemed traditional institutions/rulers and religious leaders, and after due consideration of the positive impacts of their engagement, and sequel to the fact that our elders have spoken in our terms, the Leadership of IPOB ably led by Mazi Nnamdi Kanu hereby and immediately call off the one-week sit-at-home earlier declared to commence tomorrow, November 5 to November 10, 2021.”

“The people of Anambra State should go out en masse and peacefully exercise their franchise come 6th November 2021 and accordingly, choose a leader of their choice and should not be intimidated by anybody, group of persons or security agents,” read the statement signed by IPOB’s Director of Media and Publicity, Emma Powerful. This statement is as real as they come and must stop being dismissed as fake news by mischief-makers. It however needs to be reiterated that the people of Anambra must not be intimidated by the heavy presence of security personnel in their state.

They came in legion but the people must resolve not to allow what can be rightly termed the militarization of the election to bend their will to elect who governs them for the next four years. It is good that the police have taken up jingles to explain that they are not in the state to intimidate voters but to see to a peaceful process. They and their sister security agencies must act this out. They must stick to the rules of engagement and ensure that the rights of Ndi Anambra are not violated under any guise. The people of the state have a history of political sophistication hence do not need law enforcement agents or the military to whip them into line.

The Anambra people must also live up to their political sophistication by trooping out to vote and making sure that their votes count. INEC has given all the assurances that the election will be free, fair, and credible. The electorate must therefore disabuse their mind from thinking that the winner has already been decided by forces outside the State. This cannot be when the people make a statement with their votes. The off-season elections in Edo and Ondo States are worthy examples.

Naija News, therefore, calls on the same elders, esteemed traditional institutions and rulers as well as religious leaders to whom IPOB attributed their decision to call off the sit-at-home order to go the extra mile of mobilizing the people to vote in the November 6 governorship election. They should also not fail to report errant security agents on election duties to superior authorities. We look forward to the preferred candidate emerging as the next Governor of Anambra State. Democracy demands nothing less!