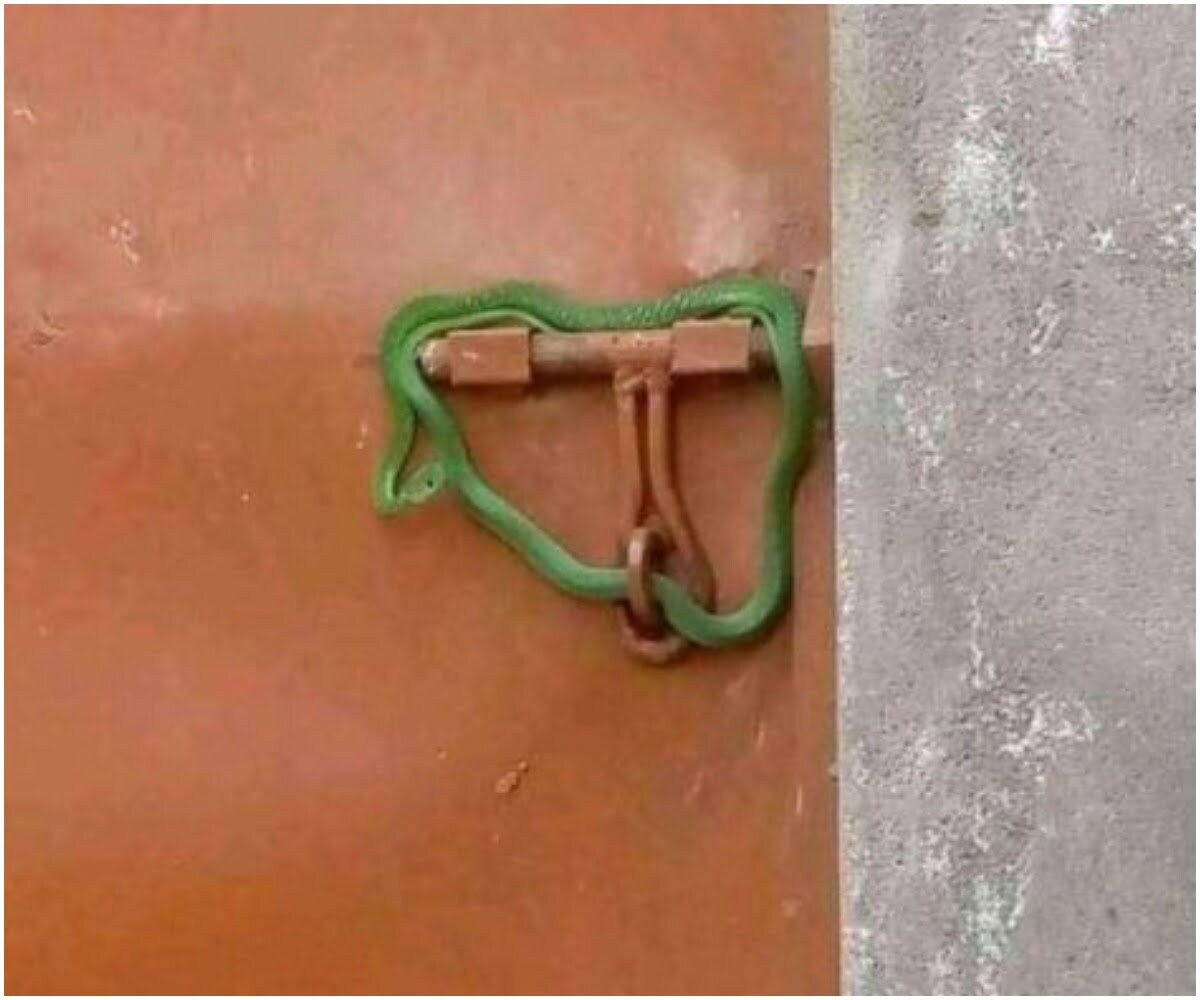 A Kenyan landlord simply known as Samuel Kioko has locked the gate of his tenants apartment with a live snake for failing to pay up their rents.

According to reports, Samuel was said to have discreetly placed the snake on his tenants apartment door after they went to work in the morning.

The landlord who is from the Kunda Kindu area in Kitui town of Kenya surprised locals of the town after putting up a live snake to collect his rent arrears.

The snake which is said to be diabolical was seen unmoving and failed to crawl away from the gate despite not being bound.

The tenants failure to pay up their accumulated rent arrears comprising September and October made the impatient landlord carry out such drastic action on them.

In other news, the Ogun State Command of the Nigeria Police Force has revealed it is currently investigating a homicide that happened on Wednesday afternoon at an unnamed location in the state.

The culprit whose name is given as Mojiyagbe Olamilekan, 24, reportedly locked both the entrance and exit doors to his house and descended on his wife for an unknown cause.

The Police alleged that Olamilekan during the brawl used a pair of scissors to stab his wife. Neighbours who testified to the incident said the man locked himself up with his wife, Seun Mojiyagbe, in their room, and started beating her.

The State Police Public Relations Officer, Abimbola Oyeyemi, told reporters that said the suspect was arrested following a distress call received by the police in Ode Remo Divisional Headquarters at about 3 p.m, on Wednesday.