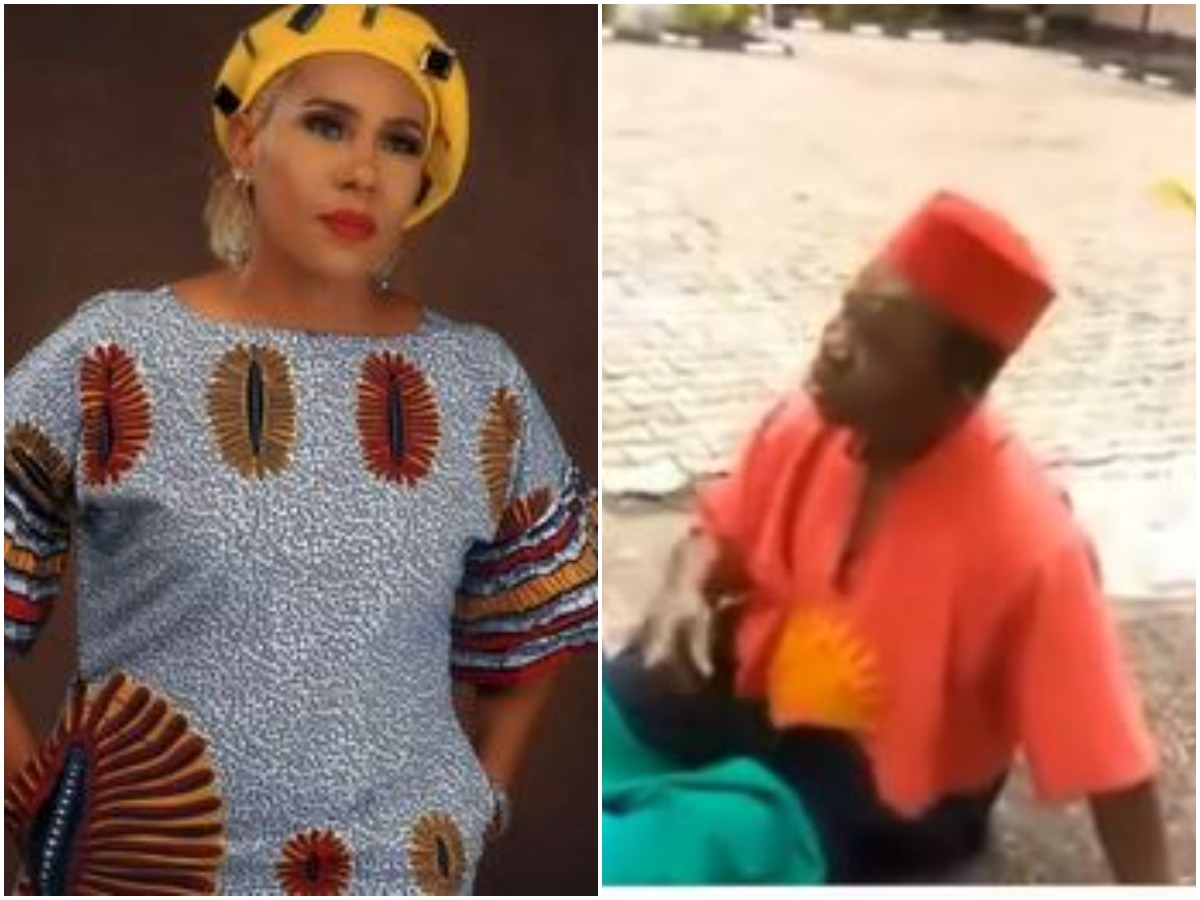 Nollywood actress, Shane George has urged arrested veteran actor, Chinwetalu Agu to own his struggles despite difficulty faced while at it.

This is coming after a video of the 65-year-old actor, Chinwetalu Agu denying his outfit is the Biafran flag surfaced on social media.

Reacting to the video, Shan George via her instagram opined that she doesn’t see anything wrong in people fighting for their freedom, as countries like Nigeria fought to gain independence from the British.

She further urged the 65-year-old actor to own his struggles with his full chest rather than denying it, adding that fighting for freedom peacefully shouldn’t be a crime.

In her own words; “My dear brother, you are clearly wearing a Biafra flag, and you should own it with your full chest. I dont get all the rising sun English your are speaking. I personally see nothing wrong in a certain people fighting for their freedom. Nigeria fought for theirs from the British before 1960. Scothland, etc fought for theirs too, at aleast you were not carrying any arms, fighting for freedom peacefully shouldnt be a crime, own your Fight/struggle with your full chest.”