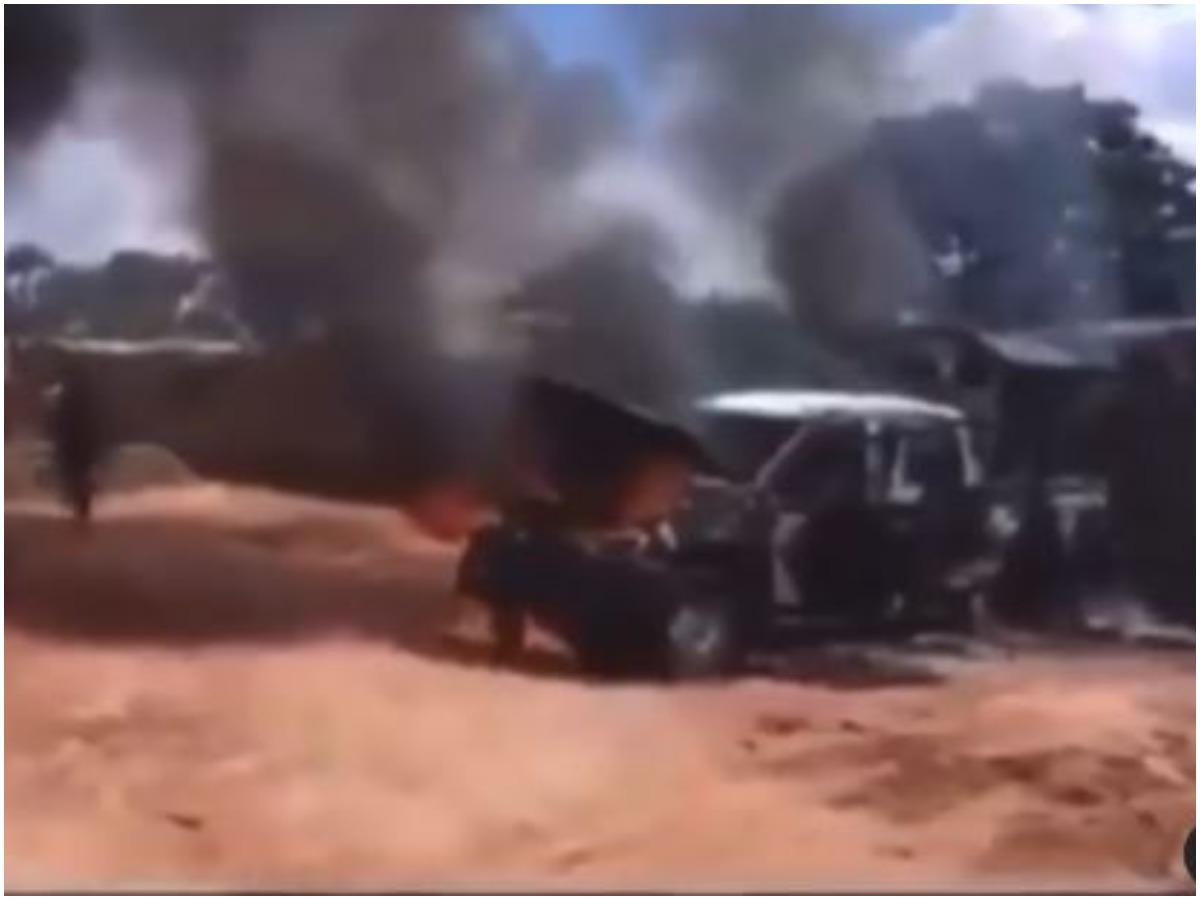 One policeman have been confirmed dead with many trapped as unknown gunmen set Ajali police station ablaze in Anambra state. Naija News reports.

According to reports, the unfortunate incident was said to have occurred on Thursday, 30th September 2021.

In the video shared, the police station and a patrol van was seen burning while residents of the community tried to rescue those that were still trapped inside the burning building.

It was gathered that the gunmen came to the town with a Lexus car killing instantly one policeman and one civilian.

Recall that Agbasimelo had emerged as the governorship candidate of the party in a primary election held in the state some months ago.

The emergence of Agbasimelo led to a crisis in the party, and one of the leading aspirants in the primaries, Nnamdi Nnoruka, was allegedly kidnapped by unknown persons and forced to withdraw from the contest.