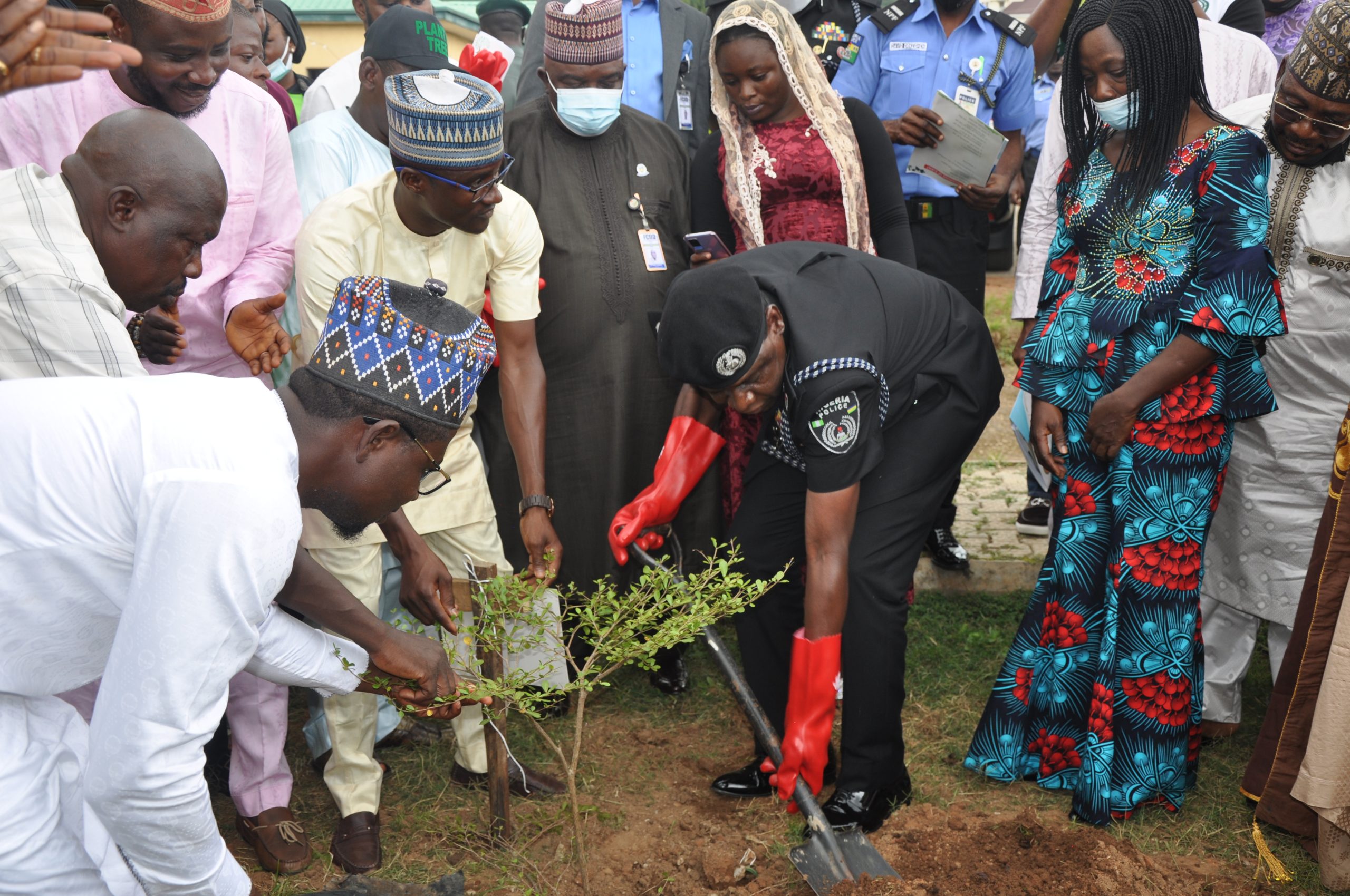 The Inspector-General of Police, IGP Usman Alkali Baba on Tuesday disclosed that the National Tree Planting Initiative is one of the non-kinetic approaches of the Nigeria Police Force in combating crimes in the country.

Naija News gathered from a statement issued by the Force Public Relations Officer, CP Frank Mba, that Baba revealed that desertification, deforestation, and other elements of climate change are major drivers of poverty, crimes as well as general insecurity in the country.

He assured Nigerians that the Force remains committed to deploying both kinetic and non-kinetic approaches in tackling crimes and criminality towards boosting public safety, public health, and security in the country.

Baba noted that “the intense rivalry and competition for natural resources between farmers and herders occasioned by climate change is at the root of some of the violent clashes, not only in Nigeria but across the sub-Sahara and the Sahel region”.

He expressed optimism that the tree-planting “initiative, which constitutes one of the non-kinetic approaches of the Force in combating crime, would assist the Force in proactively responding and addressing the increasingly broadened and complex security threats in the country”.

The IGP pledged the commitment of the Force to the Twenty-Five Million Tree Planting Initiative of the Federal Government, assuring that the exercise would be replicated across all zonal and state commands towards addressing the alarming deforestation challenges occasioned by climate change, building an eco-friendly environment for peaceful co-existence among the citizens and enhancing national security.

Other dignitaries and Guests at the program include the representatives of the Honourable Ministers of Police Affairs, Environment and the Federal Capital Territory, respectively, Members of the Force Management Team, the Assistant Inspector-General of Police in charge of the Zone-7 Headquarters, Abuja, The Commissioner of Police FCT Command, the Sa-peyi of Garki, His Royal Highness, Alhaji (Dr) Usman Nga Kupi, Officials of Greater ​Nigeria Initiative, Staff and Students of Government Junior Secondary School, Apo, amongst others.