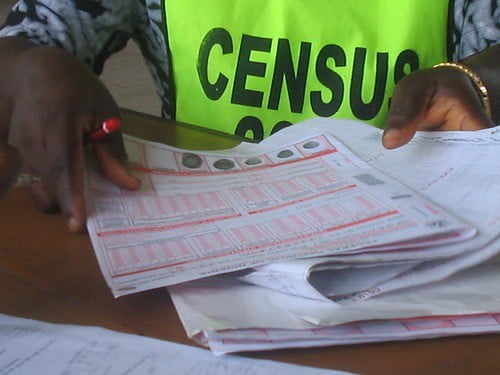 President Muhammadu Buhari has directed the National Population Commission (NPC) to proceed with preparation to conduct another census in May, next year.

The sum of two hundred billion has been reportedly projected for the conduction of the population census in 2022.

The said fund projected for the exercise is expected to be included in the 2022 budget, Naija News understands.

It could be recalled that the House of Representatives in May this year, admonished President Buhari to suspend the planned 2021 census until the security challenges in the country subside.

The house of representatives made this call in a series of tweets on the official handle of the House of Representatives.

The resolution of the House was passed following a motion moved by a member representing Bosso/Paikoro Federal Constituency of Niger State, Shehu Beji.

However, a top source in the Presidency on Monday, said President Buhari is prepared to conduct another census after fifteen years.

It was gathered that the President might consult the Council of State as statutorily required under the Third Schedule, Part 1 (5) of the 199 Constitution.

“This will be another breakthrough for the Buhari administration. The NPC has secured the approval of the President to conduct a census by May 2022,” the source told The Nation.

It added: “The President has said the nation can no longer adequately plan without a correct census.

“I think the President will make a proclamation very soon after necessary consultation and advisory from the Council of State.”

The Third Schedule, Part 1 (5) of the 199 Constitution says in part: “The Council of State shall have the power to advise the President in the exercise of his powers concerning the (i) National Population Census and compilation; publication and keeping of records and other information concerning the sam.

Section 213 (1) of the 1999 Constitution says: “Any report of the National Population Commission containing the population census after every census shall be delivered to the President by the Chairman of the Commission.

“Where the President accepts such report and has laid it on the table of each House of the National Assembly he shall publish it in the Official Gazette of the Government of the Federation for public information.

“Where the Council of State advises the President to reject the report upon the ground – (a) that the population census contained in the report is inaccurate; or

“(b) that the report is perverse, the President shall reject the report accordingly and no reliance shall be placed upon any such report by any authority or person or for any purpose whatsoever.”

As at the time of filing this report, no official of NPC was willing to speak on the approval by the President.