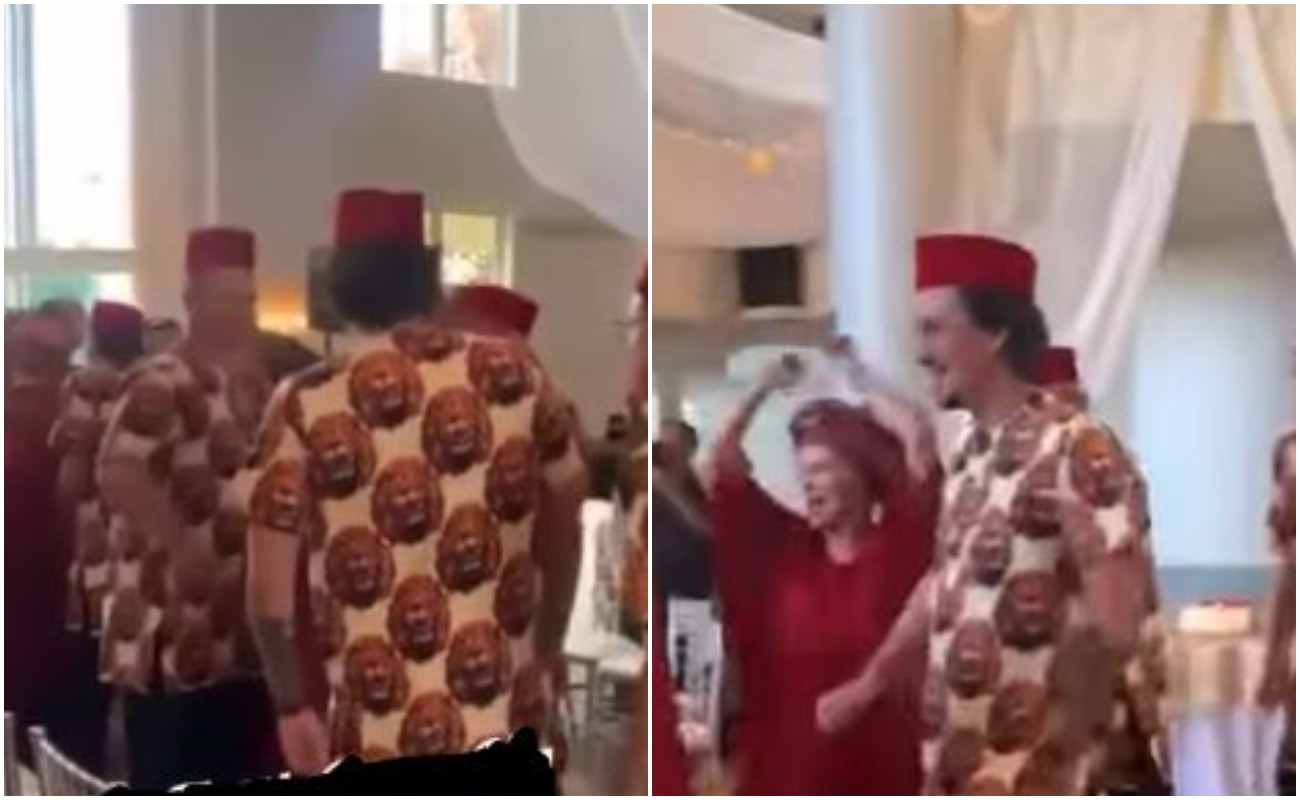 The family of a white groom has melted the heart of many Nigerians after a video of them dancing ecstatically to Igbo traditional music on his wedding day surfaced on social media.

In the video that was shared on Instagram, the groom and his family all wearing colorful ‘Ishi Agu’  a native traditional attire were pictured dancing excitedly while making their way into the reception of the ceremony,

Although, social media users commended the effort they showed in portraying the Igbo dance steps, others, however thought they were dancing funny and their swaying bodies did not really rhythm with the background music.

@drealqueenes wrote; ‘Every single one of them, except the last guy, is hearing a different song! Only that boy is hearing Flavour’s song’

@ere__mina wrote; ‘What are these ones dancing?’

@aprilboldchic wrote; ‘I love them Abeg as far as they’re happy’

@osinachivictory wrote; ‘What is it about white people and music. They always dance like deaf and dumb people. Can anyone help explain why they dance anticlockwise?’

@soroniaparis wrote; ‘ that’s why they love our culture and party. We know how to welcome people like royalty’

@prettyalice_o wrote; ‘They have their own music playing in their head cuz omo’