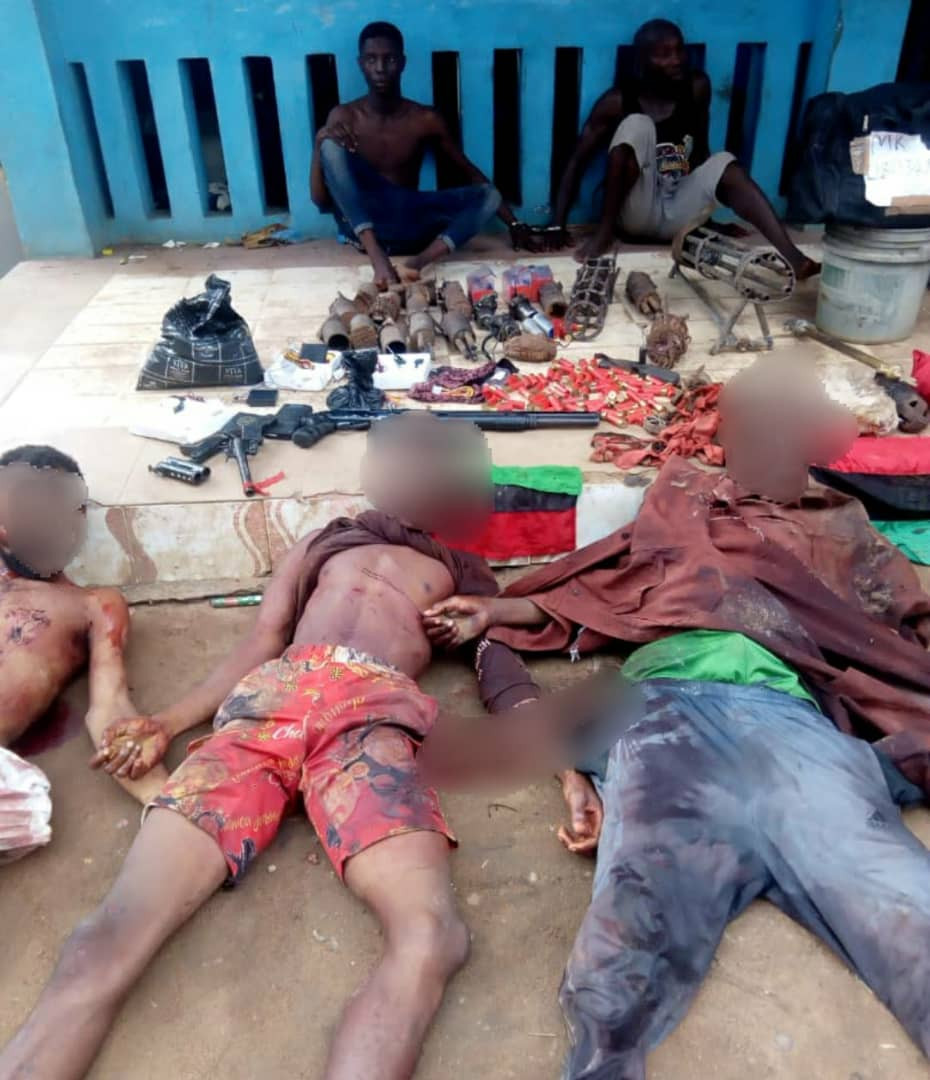 The Imo State Command of the Nigeria Police Force has killed a commander of the Indigenous People Of Biafra (IPOB) in the state.

The police in a statement released on Sunday said it killed the IPOB/ESN leader after it received intelligence that the agitators are isolated in an uncompleted building situated in a valley in Amaifeke in Orlu LGA of Imo.

The report alleged that the group were planning to resume terror attacks on police and the government.

Naija News learnt that two other persons were also killed alongside the IPOB/ESN commander during a gun battle in Orlu local government area of Imo state.

The spokesperson of the state police command, CSP Michael Abattam, who confirmed the development said on September 11, the command’s tactical teams mobilized and stormed the hideout out of the group located in an uncompleted building in a valley at Essential Home popularly known as NGBUKA in Amaifeke Orlu LGA of Imo State.

It was gathered that the members of the terror group upon sighting the police operatives in their hideout opened fire on them.

The gallant and battle-ready tactical teams swiftly returned the fire.

The name of the hoodlums killed were revealed as Chidera Nnabuhe, the Orlu Sector Commander of IPOB/ ESN a.k.a “DRAGON”, a native of Umuala Amaifeke in Orlu LGA and two others with a.k.a,  J.J and Dadawa both natives of Ohazara in Ebonyi state.

Other hoodlums were said to have escaped arrest with bullet wounds.

CSP Abattam alleged that the group has been terrorizing the good people of Orlu. He said an investigation revealed that all the violent crimes including the high-profile kidnappings and armed robberies that have been going within Orlu axis were being masterminded by them.

According to the police spokesman, most of the members of the group have been on the wanted list of the Police for months especially, Chidera Nnabuhe a.k.a ” DRAGON”,  the commander of Orlu Sector of IPOB/ESN

Abattam noted that an investigation is ongoing and the suspects arrested are presently undergoing interrogation and have made useful statements that will aid the police in arresting other members of their gang including the ones that escaped with bullet wounds.

Also recovered from the scene is a black travelling bag containing male clothes suspected to have been robbed or belonging to a kidnapped victim with GSM NUMBER 08034958267 pasted on it, Naija News understands.