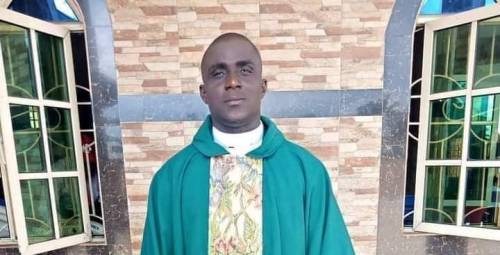 A popular priest of the Anglican Communion in Nigeria, Rev Efe Urhogo, has reportedly slumped and died while preaching.

According to reports, Reverend Urhogo had slumped on Wednesday evening while preaching during the Anglican Youth Week programme.

Parishioners rushed the clergyman to the Eku Government General Hospital, Eku, where he was confirmed dead.

It was gather d that the remains of the late priest  have been taken to the morgue.

The deceased hailed from Urhuoka-Abraka in the Ethiope East Local Government Area of Delta State.

According to Shola Adeoye, men who marry such women would have their marriage controlled by either the pastor or prophecy.

He, however, advised that a woman who knows and trusts God is the best for marriage.

In his own word; ‘Never marry a woman addicted to visiting prophets or her mother is a spiritual prostitute. Your marriage shall be controlled by prophecy. A woman who knows and trusts in God is best for marriage.’