Oye Kyme, the Former Personal Assistant (PA) to controversial Nigerian crossdresser, Bobrisky has taken to social media to flaunt her baby bump a few months after calling him out over domestic violence.

Naija News reports that Oye Kyme, who is from Ivory Coast made rounds online months ago after she drew a tattoo of Bobrisky on her body and got invited over to Nigeria, where Bobrisky made her his PA, which she occupied for only 3 months before they went their separate ways.

Before going their separate ways, Oye Kyme claimed Bobrisky began to beat her at every slightest provocation.

She also shared videos and photos alleging other shocking accusations against the Nigerian male barbie all of which he strongly denied.

However, months after the Ivorian left Nigeria back to her home country, Oye took to her Instagram with over 200 hundred thousand followers to flaunt her baby bump requiring of them to second guess who the father is.

Sharing the photos, she wrote; ‘Guess who the father is?’ 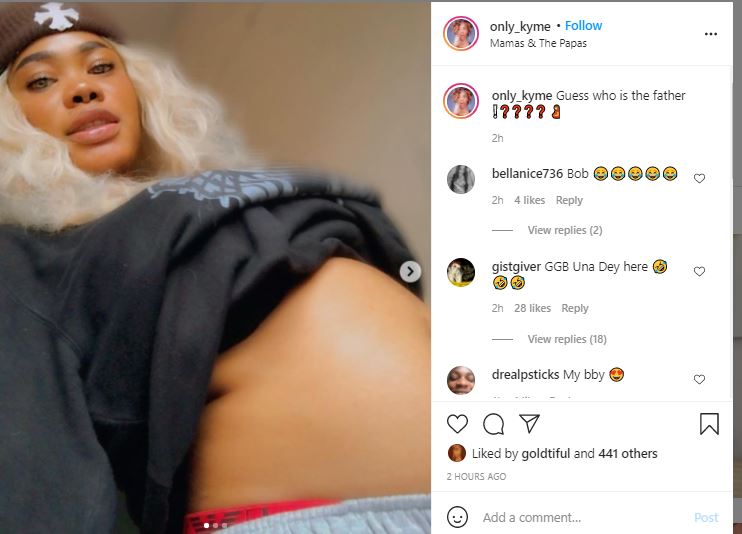 @adedammiee wrote; ‘Bobrisky is the father’

@tracyfins wrote; ‘Bobrisky is the father’

The replies gathered by Naija News implies controversial crossdresser, Bobrisky is the father.