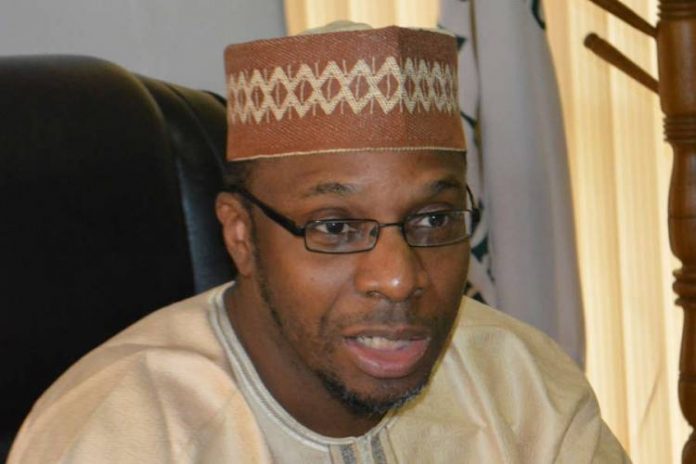 The immediate past Director-General of the National Bureau of Statistics (NBS), Dr. Yemi Kale, has denied reports that he was mandated and pressured to release falsified data on the economy while in office.

Following his replacement on Monday, the former Statistician-general of the Federation appeared on The Morning Show on Arise TV on Tuesday.

During the interview, Kale was asked how he handled criticism from All Progressives Congress (APC) members and from the Presidency when data from the NBS were unfavourable.

Kale stated that he decided not to falsify any data on the economy because he had promised to do the job properly, adding that he was ready to be fired at anytime.

He said: “I’m extremely stubborn which a few of my friends have said is a good requirement for the job. But on a serious note, when I started this job, I remember mentioning to my key staff that if I am going to do this job right, I must be ready to be fired at a moment’s notice.

“If you go to my previous office, I never really settled down properly because I expected that anytime, I could be removed. And that was the price I was prepared to pay for trying to do the job properly.

“Once I convinced myself that that’s the way it was going to go, I didn’t particularly care about any political attacks or any opinions.

“All I did was to ensure that we followed the correct methodology. Before the report came out, I was very hands-on because I knew that if anyone found any mistakes, they can use that against me. I would check every single thing to ensure that things are done properly. Once I’m very confident about it, it goes out.

“In terms of political interference, I don’t think it is new to Nigeria. I remember even in the US, the former President Trump would always agree with the good data, and say the ones he didn’t like, he didn’t believe they were correct.

“So I wasn’t fazed by different comments made by different people that did not agree. We are supposed to publish data that is correct and accurate in line with what comes out on the field and that’s exactly what we focused on.”

Following the interview, Kale received backlash and criticism from some sections of Nigeria on some of his comments.

But in a statement on Wednesday, Kale stated that he never made the comment on data falsification during the interview.

He, however, asked the public to disregard the report, adding that the news is fake and was misquoted.

“It has come to our attention that a publication is quoting Dr. Yemi Kale wrongly, this is fake news and should be ignored. We have confirmed that the former Statistician-General (Kale) never made this statement, the general public should take note,” he said.