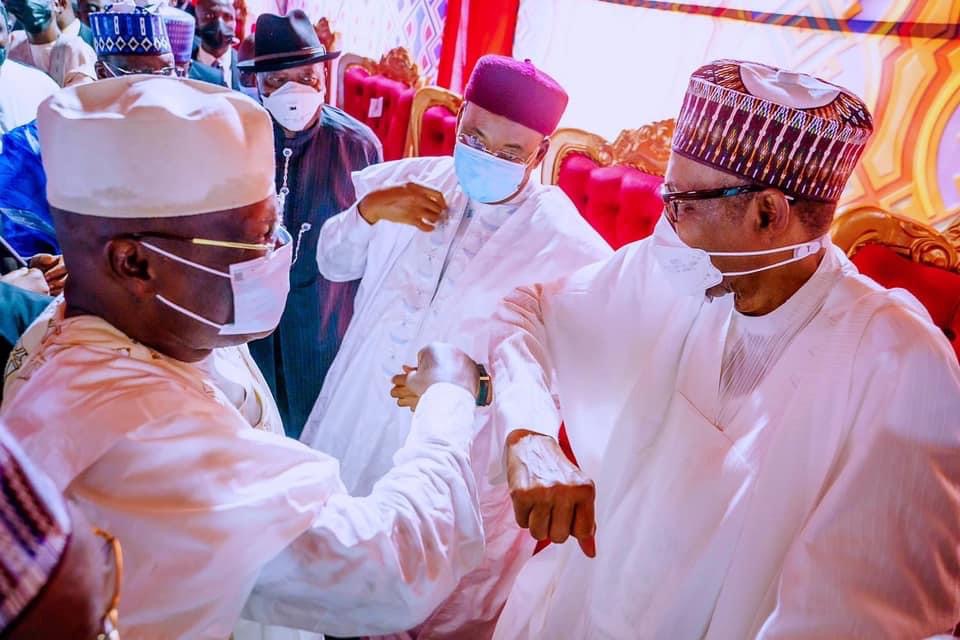 Atiku Abubakar had joined former President Goodluck Jonathan, Governors, Ministers, captains of industries, businessmen and other dignitaries at the wedding of Yusuf Buhari and his wife Zahra at Bichi, Kano State.

Naija News reports that the former VP was practically quiet during the recent crisis that threatened to swallow the National Chairman of the Peoples Democratic Party (PDP), Uche Secondus and his national working committee.

In a post on his Twitter handle on Sunday, Deji Adeyanju slammed Atiku for attending the wedding of Buhari’s son while ignoring the crisis in his party, the PDP.

He said the former vice president was in Morocco with his new wife all through the PDP crisis last week.

According to him, Atiku urgently returned to Nigeria to attend Yusuf’s wedding in Kano.

Adeyanju wrote: “All throughout the PDP crisis in the last 3 weeks + the resignation of their NWC members, Atiku was in Morocco chilling with his new wife but Buhari’s son wedding is so urgent, he had to come back to attend.”