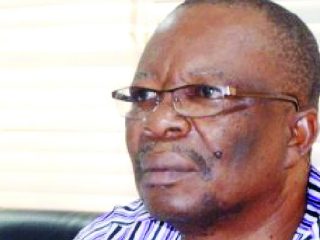 We can only imagine the anxiety that gripped the longsuffering students of Nigeria’s public universities when they read the President of the Academic Staff Union of Universities (ASUU) early this week warning that the extant industrial peace in schools may be ruptured again any time from the end of August.

They will no doubt be crestfallen over the likelihood of their academic calendar being disrupted again after last year’s mother-of-all strikes which kept them at home from March 23 until December 23 when the strike was conditionally suspended. With some universities losing an entire academic year to the protracted strike, it’s clear that the students and their parents are yet to recover from the impact. Should they then undergo this harrowing experience again?

Rising from their National Executive Council meeting at the University of Ilorin, ASUU President, Prof. Emmanuel Osedeke alerted that the strike will happen if the federal government refuses to sign the Memorandum of Action of December 23, 2020, and issues relating to the Draft Renegotiated Agreement of May 2021.

Before this time, ASUU’s chairman at the Abubakar Tafawa Balewa University, Bauchi, Dr Ibrahim Inuwa, disclosed that only two out of the eight issues have been resolved since the MoA was signed seven months ago. He listed the two areas already addressed as salary shortfalls and the sending of visitation panels to federal universities.

The pending issues, according to Inuwa, include: Earned Academic Allowance (EAA), funding for the revitalisation of public universities, salary shortfall, the proliferation of state universities and Visitation Panel. Others are Renegotiation, replacement of the Integrated Payroll and Personnel Information System (IPPIS) with the University Transparency and Accountability Solution (UTAS) and withheld salaries and non-remittance of Check-off Dues.

Almost three weeks ago, the nation was regaled with tales of a very successful meeting between the Federal Government and the leadership of ASUU on this subject matter. The Minister of Labour and Employment, Dr Chris Ngige, who convened the meeting, said in a statement that some of the items in the MoA were nearly a hundred per cent completed within the timeline.

While being quoted to have expressed satisfaction over the outcome of the deliberations, the ASUU President promised to report the outcome of the meeting to her members. With their latest strike threat, it’s now clear what the ASUU plenary thinks of the government’s sincerity and commitment to their demands. From the last explanations by the Labour minister, it appears that red-tapism is at the heart of the delay in meeting some of these demands.

For instance, Ngige said the sum of N30bn has been paid since January as the University Revitalization Fund as contained in the MoA but the money was still lodged with the Central Bank of Nigeria, pending the conclusion of the audit report of the Implementation Committee on the use of previous funds disbursement to universities by the Ministry of Education and the National University Commission.

He also stated that the National Information Technology Development Agency (NITDA) was directed to expedite action on the integrity test on the University Transparency Accountability Solution (UTAS) which if successful, will eliminate the challenges posed by the peculiarities of the university system to the current payment platform.
If this is true, activities in the nation’s public universities must not be crippled again over bureaucratic issues.

Granted that the wheels of government grind quite slow in this clime, that must not be allowed to impede the agreement which the federal government willfully entered into with ASUU. The Ministry of Education must not play possum in this critical issue but should lead the charge, particularly as the Labour ministry is already belaboured with the resident doctors’ strike.

The federal and state governments must appreciate the need for the youth to be productively engaged with their studies. Anything short of this will make some of them a menace to society to the extent of the aphorism that an “idle hand is the devil’s workplace”. President Muhammadu Buhari, who was all promises at the just concluded Global Education Summit in London, must see this as an opportunity to elicit confidence in his pledge at the summit that Nigeria will increase the budget for the education sector by as much as 50 per cent over the next two years.

He should do more to ensure that state governors, who are the visitors to state universities, do not neglect universities like they’ve neglected public primary schools. President Buhari should also strengthen the National Universities Commission (NUC) to withhold approval or delist universities where funding and standard parameters are inadequate.

Naija News calls on undergraduates and the National Association of Nigeria Students to pressure all stakeholders to do the needful so that this looming strike can be averted. We cannot continue to have undergraduates staying beyond their expected dates of graduation as a result of industrial actions. And in this era of scarce foreign exchange, Nigeria can’t afford the economic consequence of parents increasingly seeking forex to afford their children foreign university education which persistent ASUU strike forces them to.