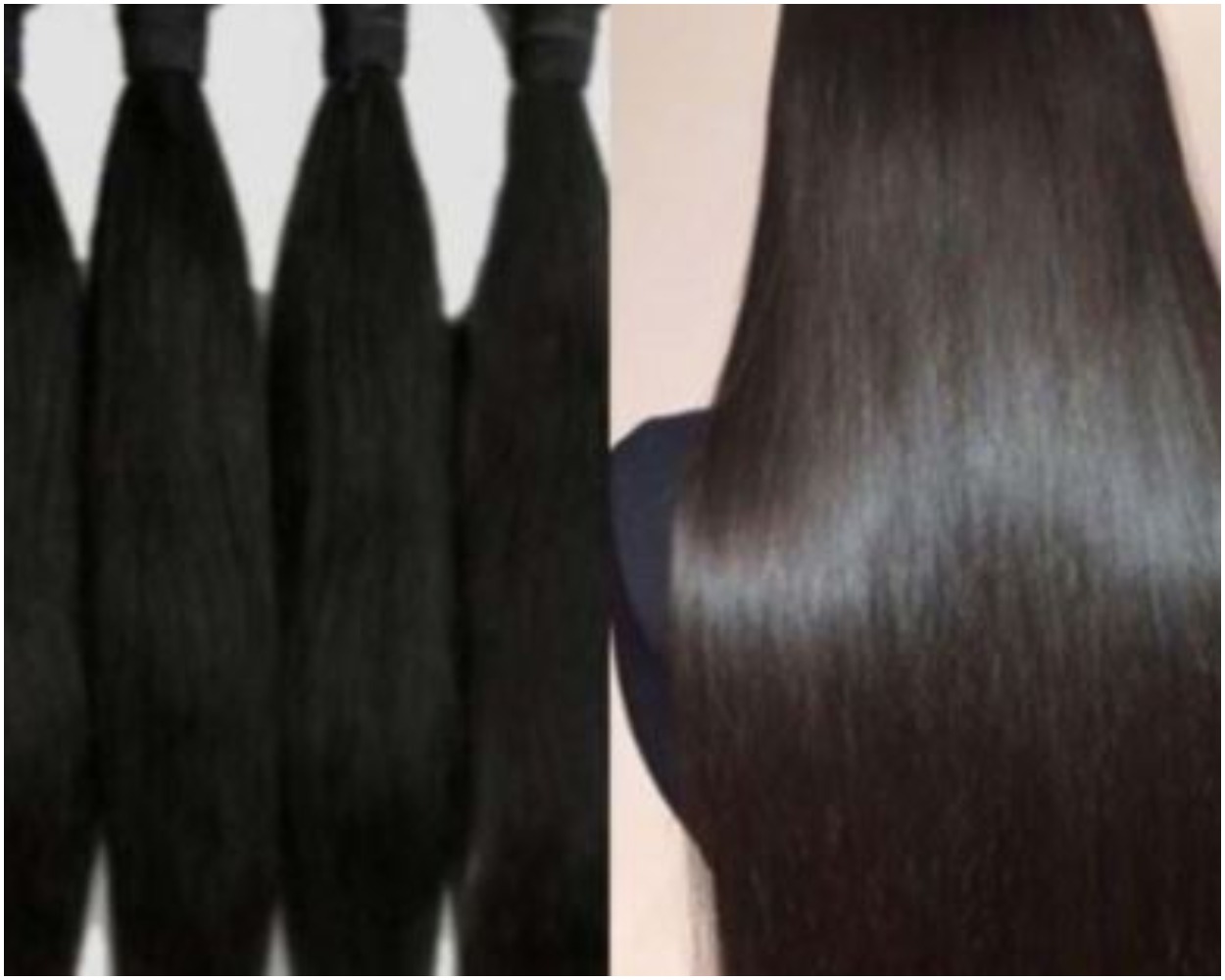 A Nigerian lady who was gifted money by her man to start a new business decided to use the money to buy a costly hair worth thousands of naira instead.

According to the Twitter user @RemyTwiits who is a close friend with the lady’s boyfriend narrated how his friend gave his girlfriend N300,000 as seed capital for business, but she used a chunk of the money that was sent to her to buy “hair” instead.

According to @RemyTwiits, the young lady had been bugging her man about wanting to start a brand but needed funds to kickstart her project and so her man sent N300k but after receiving money, she spent a whopping N250k on buying hair.

When she was confronted about her action, the lady is reported to have said she acquired the hair because “hair is an investment”.

@RemyTwiits shared; ”Females obsession with hair is one thing I can’t understand. A friend of mine sent his babe 300k because he has been hearing her complain about how she wanted to start a brand but she needed money

“Guess what? She used 250k out of that money to buy hair.

“How many % increase are you getting from it please. I’m so confused and concerned and… ahhhhhhhhh” 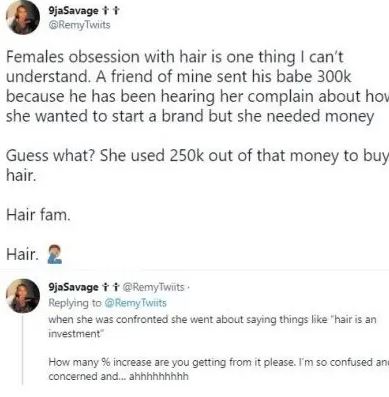 Here are some of the reactions below;

@yanabasee1 wrote; She’s right….. The hair is an investment. By the time she slays with it and caught the attention of some of our well to do Alhajis, will be cashing out real big. He should’ve asked for a return of investment from her… Because that babe is about to get richer….

@TheMan3 wrote; Well she may have actually invested the money on the business. Do you know how much she can potentially make wearing that hair?? Lol smh

@slawormiir wrote; These baby girls will be thinking that with expensive hairs and wigs they can get our attention