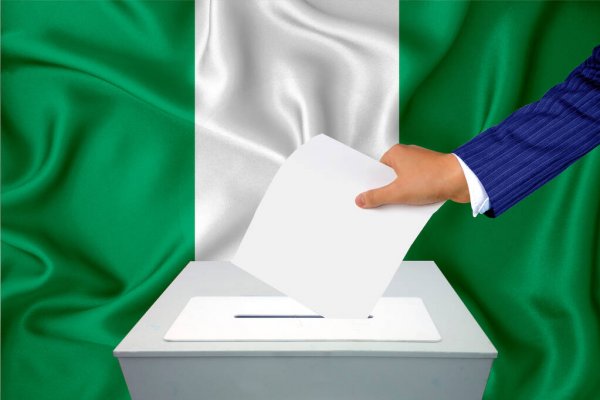 A socio-political movement, Nigeria Equity Group (NEG) on Wednesday said Nigeria’s next president should not only come from the south, but must also be a Christian.

The group argued that its demand is the only way to ensure equity and fairness in the politics of Nigeria.

Addressing a press conference in Abuja, the Chairman of the group, Dr. Emeka Nwosu argued that with a Northern Muslim in the person of President Muhammadu Buhari set to complete his tenure in 2023, it is only right for a Christian Southerner to take over to accommodate the complex structure of Nigeria.

The group agreed with the position of the southern governors that the south must produce the next president of Nigeria but took it further by demanding the person must be a Christian which it said will help quell some of the tension in the country.

“We wish to note and state clearly that the call for a Southern presidency in 2023 by the Southern Governors did not go far enough. We strongly believe that the only way to truly promote fairness and inclusion in our diverse and complex society, especially at this time of unprecedented national crisis, is for a power shift to a Southern Christian in 2023,” Dr. Nwosu said.

He added that, “The country is at the moment riven by strife, stoked by religious distrust, suspicion and fear of domination.

“We strongly believe that the only way to truly promote fairness and inclusion in our diverse and complex society, especially at this time of unprecedented national crisis, is for power shift to a Southern Christian in 2023.

“Failure to do that would mean that no Christian can hope to become President of this country in the foreseeable future.

“There is a zero chance of a Christian minority emerging president from the North when power shifts there again because the population of the North is overwhelmingly Islamic and the Christian minorities barely feature in the mainstream politics of the region, except in a handful of states.

“Anything other than a southern Christian President in 2023 will further exacerbate the rifts and wounds that have become more evident lately and not bode well for our country.”

Dr Nwosu argued that for another Northern Muslim to take over after Buhari in 2023 will be evidence that Southerners and Christians have become alienated.

“Since 1999 with the return of democratic rule, power has interchanged at the highest level between practitioners of these two faiths, ensuring that there is balance and inclusion at the highest level of our politics. To a large extent, this has provided some assurance to the heterogeneous groups which make up the country that no faith or group will dominate the other.

“It should not be different in 2023. To shut out Christians, who make up about half of Nigeria’s population from power for 16 years, assuming another Muslim takes over from Buhari, will be grossly unfair and bad politics that will lead to the deleterious outcomes for the country.”

Meanwhile, the Ondo State Governor, Rotimi Akeredolu has told youths in Nigeria that the older generation may not hand over political power to them willingly.

He told the youths to ignore the current domination of the older generation in the country’s politics and intentionally get involved in politics and governance.

Akeredolu submitted that without their active participation, there is no way they can be relevant in Nigeria’s politics.

Related Topics:2023 PresidencyNEG
Up Next