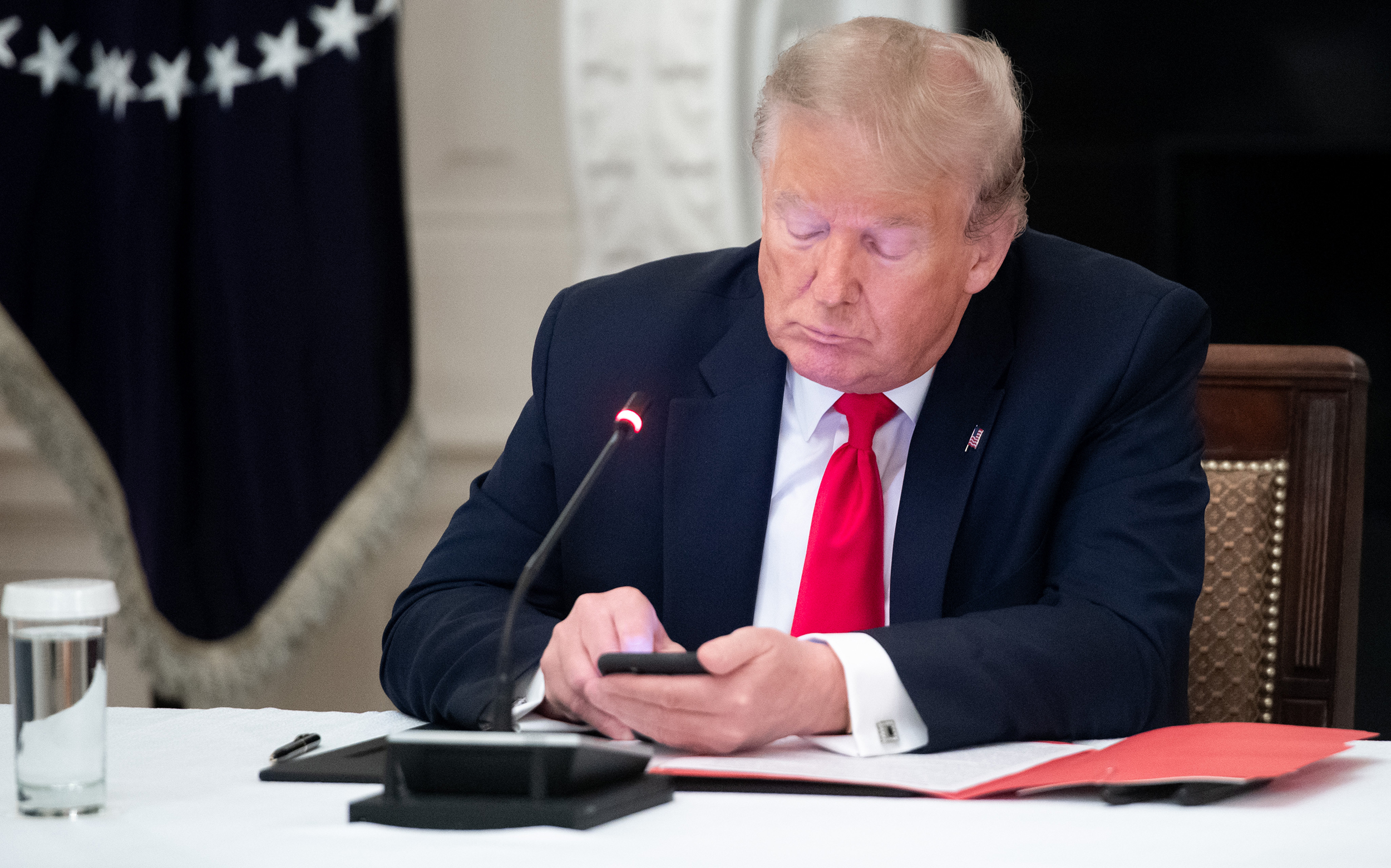 A former US president, Donald Trump has announced that he will be taking legal actions against tech giants, Facebook, Twitter and Google.

The real estate mogul and billionaire announced this in a press briefing on Wednesday.

Naija News reports that this is coming months after the tech giants flagged his posts and sanctioned him over statements he made after the 2020 US presidential election.

According to the 75-year-old former world leader, the companies wrongfully censored him.

Trump will serve as the lead plaintiff in the class-action lawsuit which also involves other individuals who have been banned by the social media platforms.

“From the very beginning of our nation, freedom of speech has always been understood as a bedrock of our liberty and our strength,” he said.

“No one should have the power to take that right away.”

The companies had moved against Trump after the former president used his platforms to mobilise his supporters to invade the US Capitol building, and disrupt the January 6 joint session of congress to certify Joe Biden’s victory in the November 3 election.

Trump described the ban as a victory for the people of Nigeria and a needed check on the excesses of social media giants.

The former president who has had a long-running battle with social media companies also said he wished he had taken a similar measure when he was banned from Twitter in January.

“Congratulations to the country of Nigeria, who just banned Twitter because they banned their President,” Trump said in a statement.

He called on other world leaders to take stringent aims at Facebook, Twitter and other big tech players and warned that their reign would soon be over as other competitors would emerge.