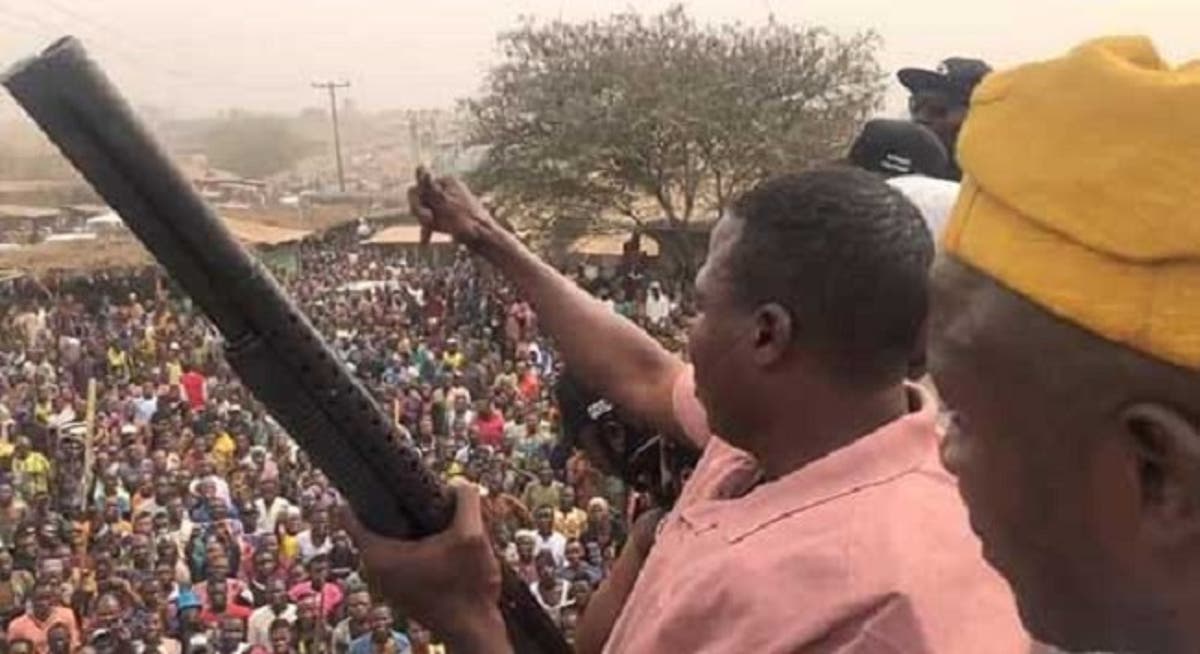 Yoruba nation activist, Sunday Igboho Adeyemo, has backtracked from his earlier position, vowing to go on with the Yoruba Nation rally.

Naija News reports that Igboho had announced the cancellation of the rally scheduled for Saturday after the Department of State Services (DSS) raided his residence in Ibadan on Wednesday.

Following the raid on Igboho’s residence, the DSS had declared the activist wanted, advising him to report to any security agency.

The Lagos State Police Command had also warned against the rally holding in the state.

The Police had warned Igboho to steer clear of Lagos, saying hoodlums were plotting to hijack the rally.

Speaking in a Facebook live broadcast through Olayomi Koiki, his media aide, Igboho said the rally would hold.

“I can still confirm officially that the Lagos rally in as much as whatever news or rumours you’ve been listening to from different outlets, will go as planned,” Koiki said.

“The 3rd of July Mega rally will go as planned. All arrangements for the rally has been planned and nothing has changed.

“I have spoken to the organisers, nothing has changed so far. 3rd of July from exactly 9:00am in the morning. The whole arrangement and planning is going on.”

Meanwhile, Koiki warned that the Nigerian police should be held responsible if the Yoruba Nation rally turned violent in Lagos State.

He said, “I heard that the commissioner of police said no rally will hold, tell them to expect us. We will know who owns Lagos on Saturday between Yoruba people or Sanwo-Olu or police. We will all meet on Saturday during the rally.

“If everything will be ruined, let it be on Saturday. They have the choice of letting us have our protest peacefully or causing violence. Police should be held responsible for any violence.

“Let us take all our grievances to Ojota at 9 am on Saturday.”