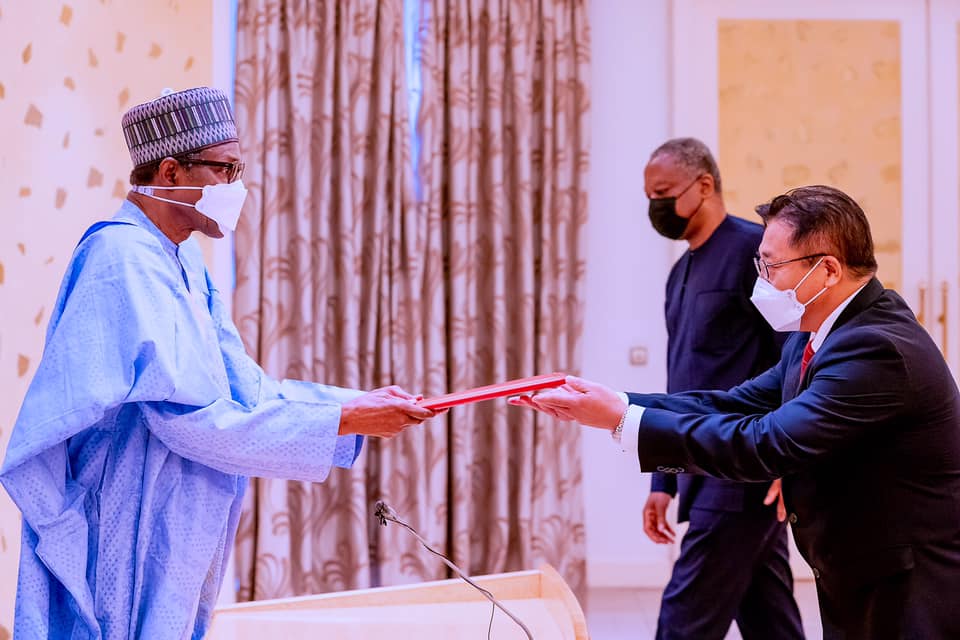 President Muhammadu Buhari’s Special Adviser on Media and Publicity, Femi Adesina, has said his principal is making a difference in the country with help from the Chinese government.

Adesina in a statement issued on Friday (today), quoted Buhari saying his administration will continue to collaborate with the Chinese government in the area of provision of critical infrastructure in Nigeria.

Naija News understands that the president stated this in Abuja today when he received in audience, the Chinese Ambassador to Nigeria His Excellency Cui Jianchun in his office.

The statement issued by the presidential aide read partly: “Nigeria has high respect for China and what China is helping Nigeria to achieve particularly in the area of infrastructure.

“President Buhari came at a time of severe infrastructure deficit in the country and resolved to make a difference and he is making that difference with the assistance of China. Nigeria appreciates China a lot for these and will continue to collaborate with it.”

Adesina said the Nigerian President had been to China two times in furtherance of the relationship and looks forward to greater collaboration, assuring the Ambassador that the media office of the President was ready to join hands with the Chinese in advancing the relationship.

In another news, the Governor of Kaduna State, Nasir El-Rufai, on Friday said his successor will demolish more houses in the state that he has done as governor of the state.

El-Rufai said some people of Kaduna State are seeing him as a demolisher and pray for his tenure to end.

Naija News reports that the Kaduna State Governor stated this at a media chat aired on radio stations on Thursday.