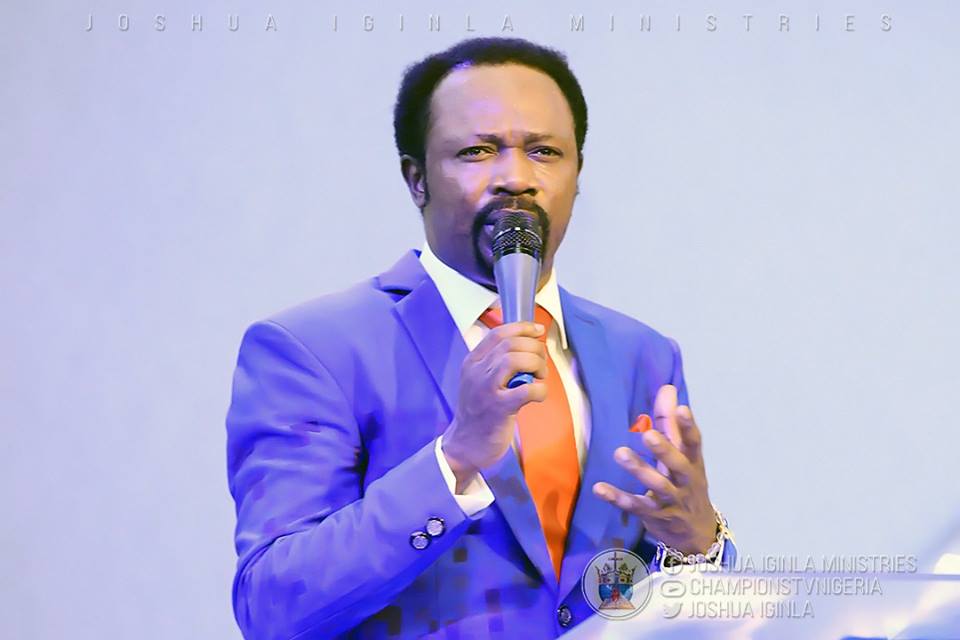 The General Overseer of Champions Royal Assembly, Prophet Joshua Iginla, has berated Rev. Chris Okotie of the Household of God Church over his comments against the late Prophet TB Joshua.

Naija News recalls that after the death of TB Joshua, Rev Okotie had in a post on Facebook referenced to a certain ”wizard of Endor” who assumed the title of ”Emmanuel”.

Okotie, a former presidential candidate, had said the wizard who assumed the title of Emmanuel had been consumed by divine indignation.

His post came days after a clergyman, T.B Joshua, who was known for using the name ”Emmanuel” in his church, died.

Addressing his members of his church, Prophet Iginla stated that Okotie and those pastors attacking TB Joshua cannot do the things the prophet did in a thousand years.

He said: “When my friend Prophet TB Joshua died and was called to Glory. When I saw pastors writing all manner of jargons. I felt; what a wicked generation!

“Pastors hated this man in his lifetime and even after God has called him to Glory, they still exhibit and execute such hatred even for the dead.

“I felt bad in my spirit when I heard Chris Okotie talking about the dead, a man who has gone to Glory. You are still bold to talk about him in a sarcastic manner and you feel you have the Holy Ghost inside you?

“Chris Okotie opens his mouth to attack Prophet TB Joshua, even after he has gone to Glory. What Prophet TB Joshua has done, if you are to live a thousand years, you can not undo what he has done.

“What is the offence of Prophet TB Joshua? Just because he’s different from them.”