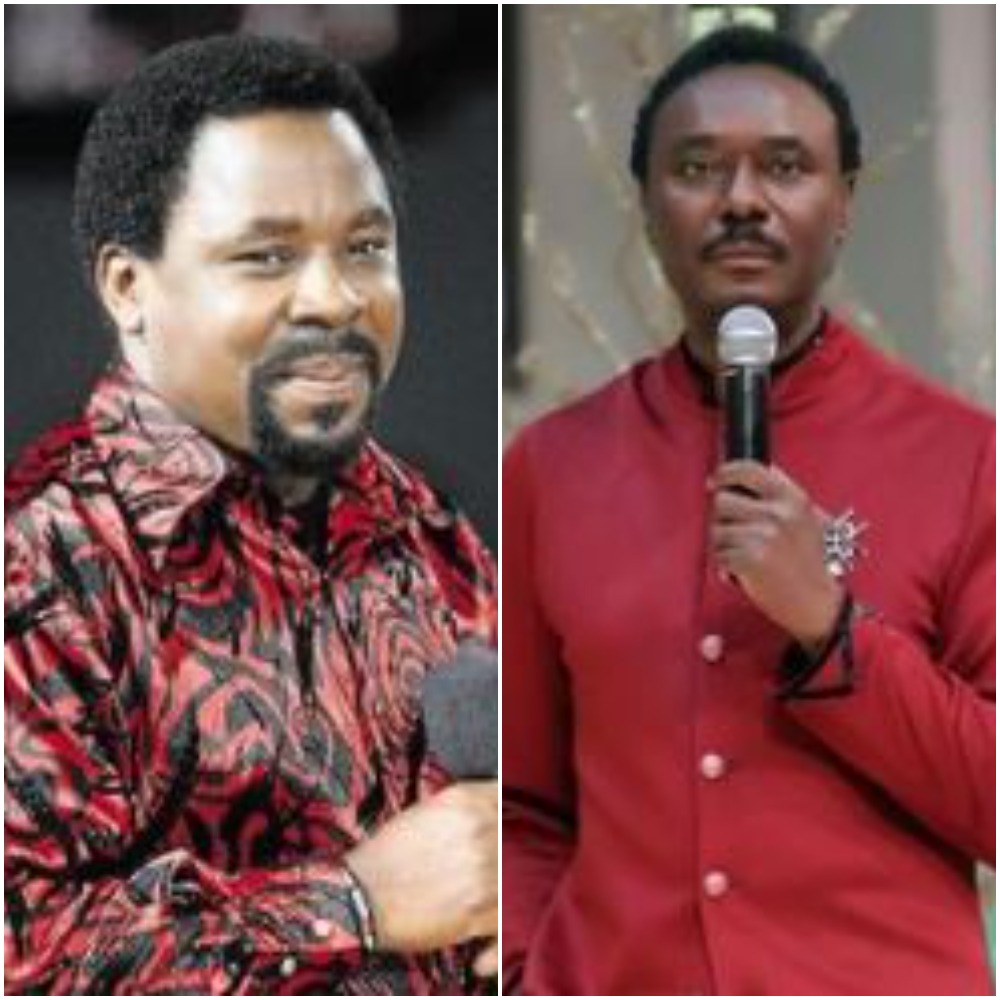 Founder of the Household of God Church International Ministries, Rev Chris Okotie has taken to his social media to mock the death of late Prophet TB Joshua.

Naija News earlier reported that Nigerian televangelist and founder of the Synagogue Church Of All Nations (SCOAN), Prophet Temitope Balogun Joshua (alias TB Joshua) reportedly died in Lagos on Saturday evening after concluding a programme at his church in Ikotun.

In a statement released by the clergyman on Tuesday via his Facebook, Chris Okotie referenced a certain ”wizard of Endor” who assumed” Emmanuel”, noting  Jesus has broken the head of the dragon with his mighty blows.

The statement reads; “Hebrews 1:13… Sit at my right hand until I make your enemies your footstool (Hupopodion/Greek)

“The wizard at Endor who assumed the title Emmanuel, has been consumed by divine indignation. And now his disciples bewail his ignominious exit “No marvel, one third of God’s angels followed the disgraced anointed cherub Lucifer!!

“Jehovah-Jesus our mighty gladiator has broken the head of the dragon with his mighty blows. He has descended from the mountain of spices with the fiery sword of his indignation. Glorious in his apparel and traveling in the greatness of his strength, he goes conquering and to conquer the adversaries of his church.