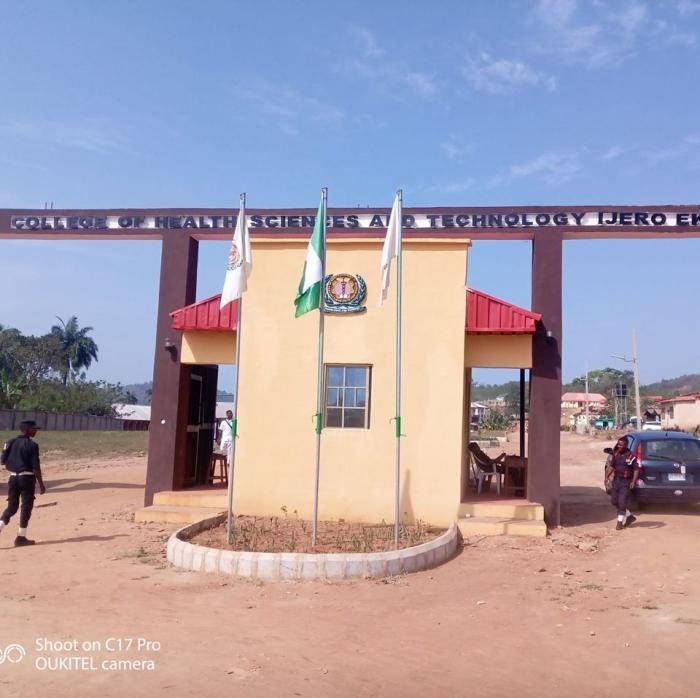 At least 100 Students of the College of Health Sciences and Technology in Ijero Ekiti, Ekiti state, were hospitalised on Wednesday.

Naija News learned that the students were rushed to the hospital after reportedly inhaling chemicals used for a fumigation exercise in the school.

Confirming the development in a statement on Wednesday, the Ekiti ministry of health said about 100 students were affected, but some of them were later discharged after receiving treatment.

The state also disclosed that the incident was the result of a fumigation exercise carried out in the school.

“Today, we received information that a number of students from the Ekiti State College of Health Technology, Ijero, were hospitalised at State Specialist Hospital Ijero, as a result of an ill-timed fumigation exercise,” the statement reads.

“About 100 students were affected, but when the Honourable Commissioner for Health, Oyebanji Filani, and other representatives of the State Government got to the facility, only 36 students were still admitted as others had been treated and discharged.”

The ministry added that two of the students were transferred to the Afe Babalola Multi-System Hospital in Ado Ekiti, and the Federal Medical Centre in Ido “for further treatment and observation”.

“More resources have been deployed to the State Specialist Hospital to support treatment. These supplies include oxygen cylinders and IV fluids. Also, more doctors have been deployed from Aromoko in addition to the existing team to facilitate faster and better treatment,” the ministry said.

“We regret this situation and we are closely monitoring the hospitalised students to ensure they fully recover.

“We are also in close communication with the school and other concerned bodies to ensure that we investigate the incident to prevent another occurrence.”

The ministry appealed for calm, adding that they “understand that the students of the college are upset about the incident and we duly empathise with them”.

The students were also urged “not to destroy health equipment and facilities as this could have a negative counter effect on the situation”.