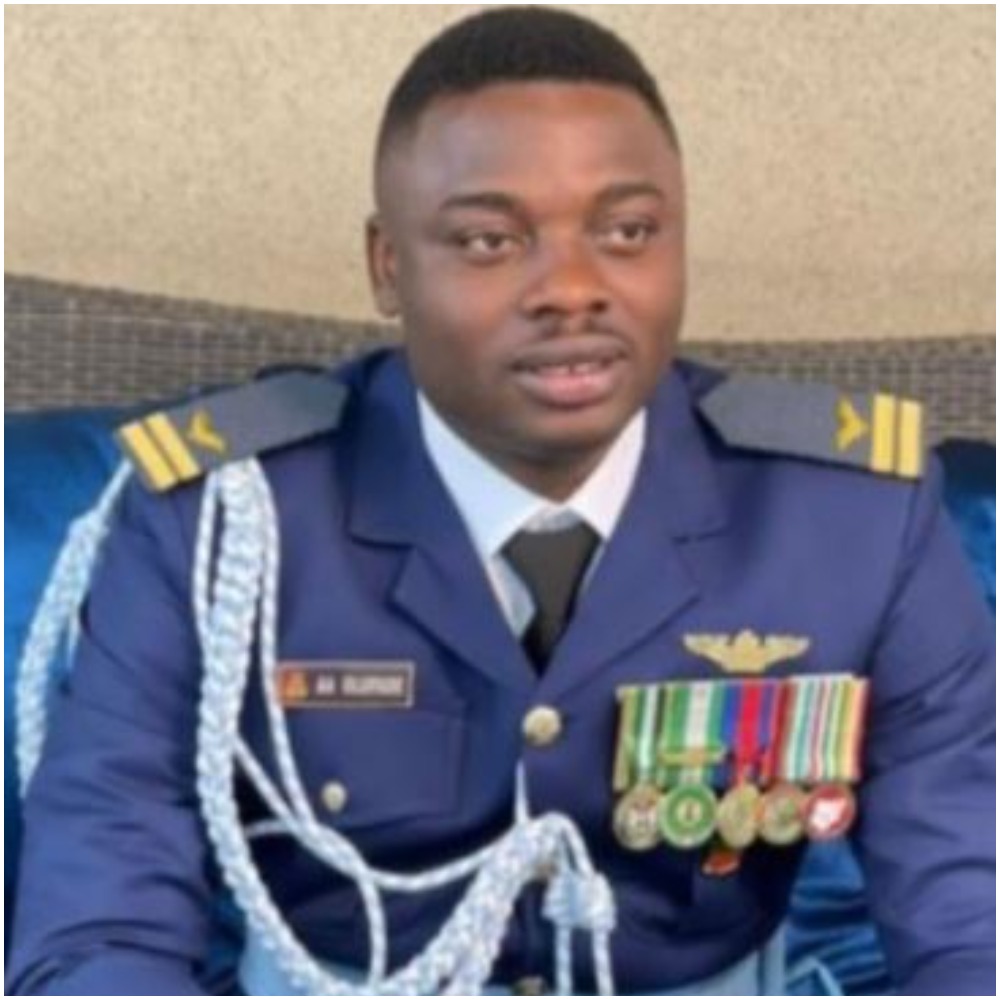 A video of late Nigerian Air Force pilot, Flt Lt Alfred Ayodeji Olufade, dancing with two of his friends, all pilot officers, however now late, before his death, has surfaced on social media.

In the video that has become a growing sensation, the three friends, all deceased now, were filmed living their best life as they were pictured vacating in a foreign land and dancing to good music.

Naija News learnt that the first and the last were among the seven officers that crashed in Abuja on the 21st Feb 2021, while the middle officer Flt Lt AA Olufade, died in yesterday’s crash, three months in between.

Naija News earlier reported that Nigerian Air Force pilot, Flt Lt Alfred Ayodeji Olufade, was part of those who died when a Beachcraft 350 aircraft crashed at the Kaduna International Airport on Friday.

Olufade and the Chief of Army Staff, Lt. Gen. Ibrahim Attahiru, as well as nine other military personnel, were on board the NAF jet crashed around 6pm on Friday.

Friends and family members of the pilot have taken to their social media pages to mourn Asaniyi who recently got married.