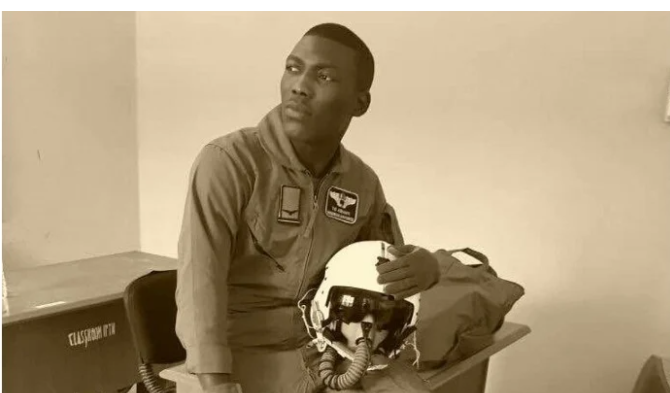 Friends and family members have been thrown into mourning after the young officer, Taiwo Olufemi Asaniyi,who was about to wed, died when a Beachcraft 350 aircraft crashed at the Kaduna International Airport on Friday.

Friends and associates of Asaniyi have since taken to the social media to mourn the youth.

A tweep, @_victor_kings, wrote, “Flight lieutenant T.O Asaniyi. He flew the plane, we had his introduction in March. I was going to be his best man.”

“May their soul rest in peace. My condolences,” @bcube234 tweeted.

It would be recalled that the Chief of Army Staff, Ibrahim Attahiru has reportedly died in a military plane crash that occurred in Kaduna State.

The incident occurred on Friday at the Kaduna International Airport according to military sources.

“An air crash involving a @NigAirForce aircraft occurred this evening near the Kaduna International Airport. The immediate cause of the crash is still being ascertained. More details to follow soon” read a statement from Air Force spokesman Edward Gabkwet.

According to Daily Trust there were eight persons on board the aircraft. Attahiru was appointed Chief of Army Staff on January 26, 2021.