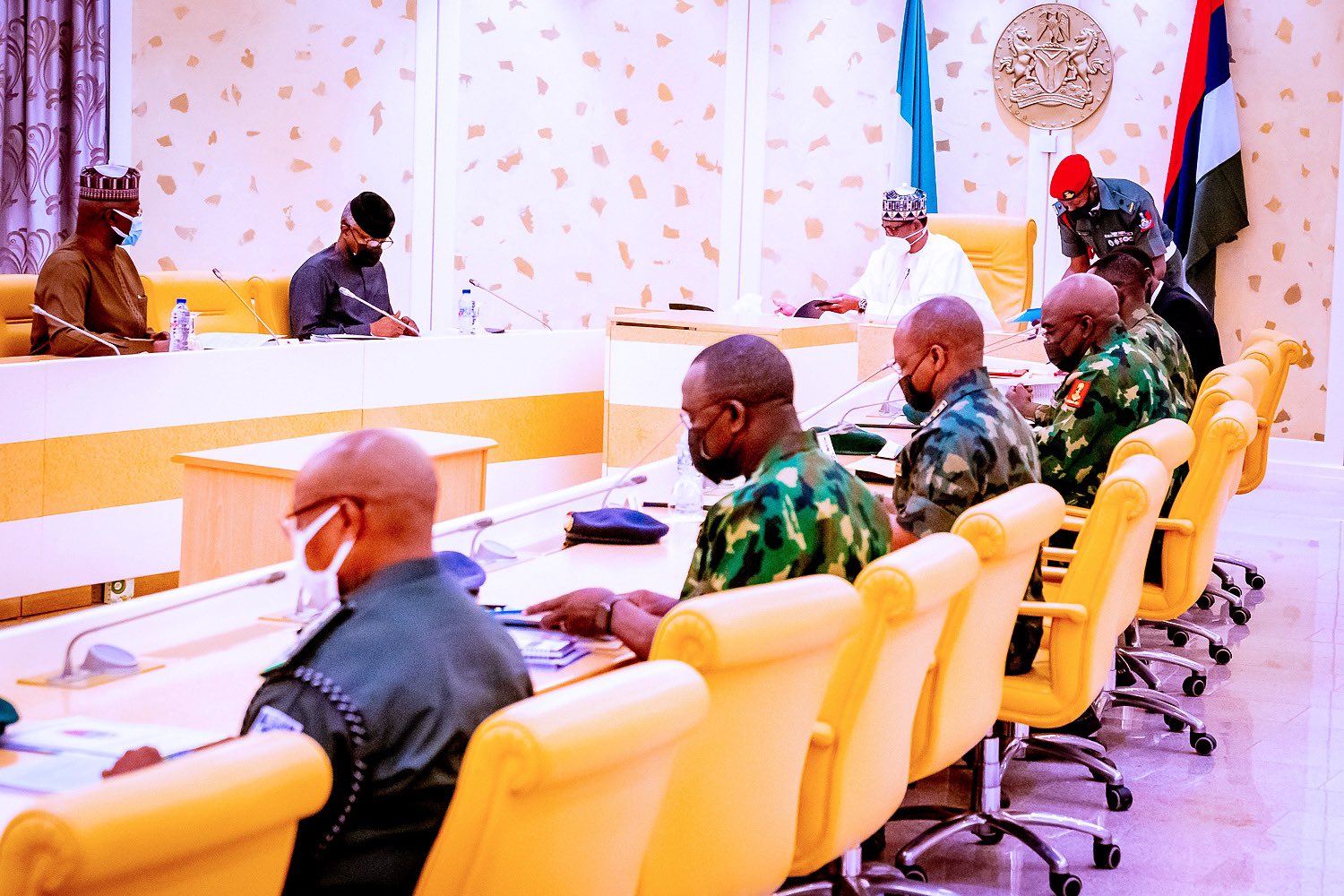 In order to curb the incessant attacks in the South East and South-South, President Muhammadu Buhari has approved new security measures for the two regions of the country.

Speaking to State House Correspondents after a security meeting on Tuesday, acting Inspector-General of Police, Usman Alkali Baba, said the decision was taken after due consultation.

He added that this was one of the outcomes of the series of security meetings held in the last eleven days and concluded on Tuesday in the Presidential Villa, Abuja.

Also speaking with reporters, the National Security Adviser (NSA), Major General Babagana Monguno (rtd), said the President has approved a memo on the control of drugs,

Monguno noted that drugs are enablers of insecurity, adding that they must be controlled.

The NSA said the meeting stressed the need to address the security challenges in the country particularly those that have arisen in the last few months.