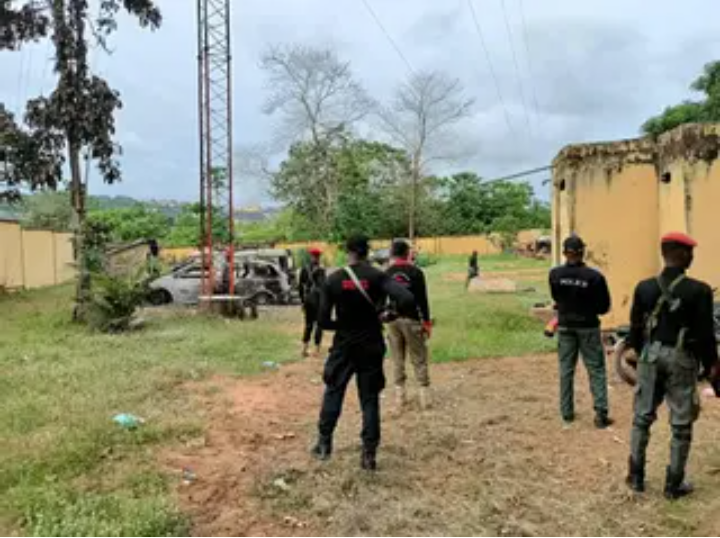 A source at the affected police station noted that the gunmen invaded the station on Wednesday night, killing two inspectors while all the detainees in the cell were released before razing down the police station.

He simply identified the deceased officers as Inspectors James and Awalu.

The source said the victims were killed inside a non-functional filling station close to the police station.

The source also said when other police officers on duty noticed unusual movement of the unknown gunmen, they took to their heels while the attackers had a field time burning down the police station.

The development was confirmed by the spokesman of the command, DSP Ikenga Tochukwu, who noted that the commissioner of police has deployed a team to the scene of the incident to investigate the reason for the attack.

“The tactical team led by an the Assistant Commissioner of Police was directed to have on the spot assessment of the place.”

“The team was equally told to possibly identify and apprehend the hoodlums that perpetrated the the attack,” he said.

Ikenga, who added that the bodies of the two killed policemen have been deposited at a nearby morgue, said investigation into the matter has begun.