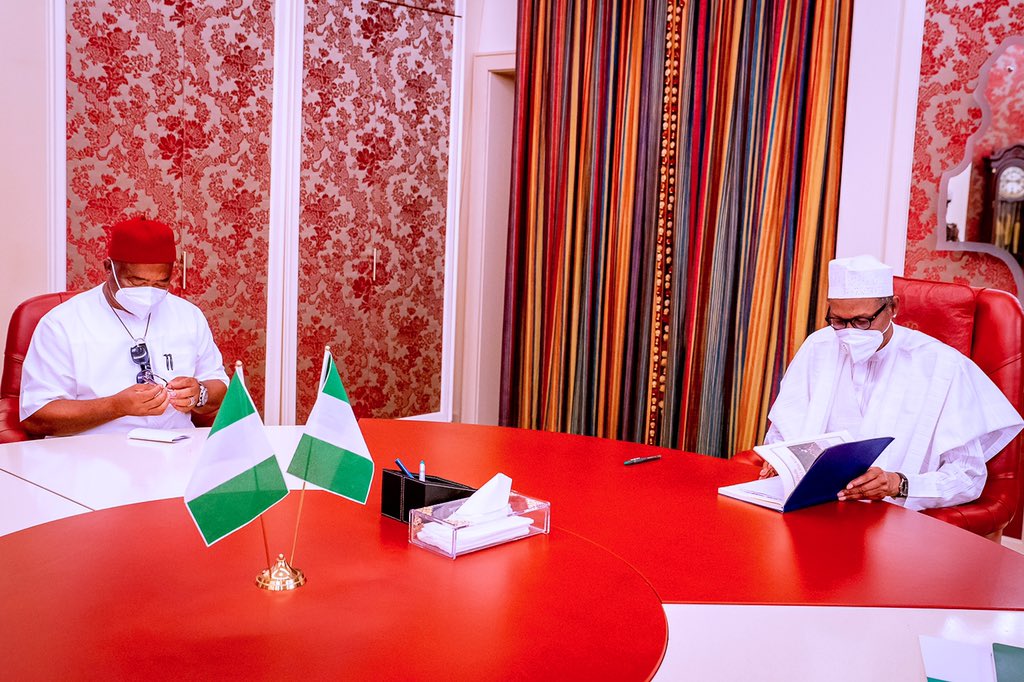 Imo State Governor, Hope Uzodinma on Friday blamed politicians for the rising wave of banditry, kidnapping, and other crimes in many parts of Nigeria.

The Governor added that the criminals are funded by politicians who want to paint the administration of President Muhammadu Buhari in a bad light.

He also called on security agencies to expose and publish the names of the politicians behind the various acts of insecurity.

Uzodinma made the call while addressing journalists at the end of a closed-door meeting with the President at the Aso Rock Villa in Abuja.

“What people are doing is to sponsor crisis to the extent that those funding banditry are politicians and I challenge and call on the security agencies to make their names available to the press because what they want to do is to distract a government that is focused,” the governor said.

He passed a vote of confidence on the Buhari administration, noting that since taking over power in 2015, his government has successfully weathered every storm and overcome all challenges in its way.

Uzodinma, therefore, called on all Nigerians to give the necessary support to ensure Nigeria continues on the path of growth and development.

“This country is blessed by God. From 2015 to date, I thought what the problem would be people saying there is no job creation, that people are not feeding, that salaries are not being paid, that infrastructure is going down, that social interventions are not approved by the government, but these things are available.

“A pass mark for the government of President Muhammadu Buhari. A situation where you will leave the ethical way of playing politics to sponsor banditry to bring down a government, we should rise up and condemn it – all of us,” he said.

Recall that presidential spokesman, Garba Shehu, had said that there was a “cancel campaign” against the minister for holding views in the past that he has since renounced and apologized for.

In a statement on Thursday, the presidency added that it was supporting the minister despite widespread calls for his removal.

But in a series of tweets via her Twitter handle on Friday, Ezekwesili said the presidency backing Pantami shows President Buhari’s stance on terrorism.