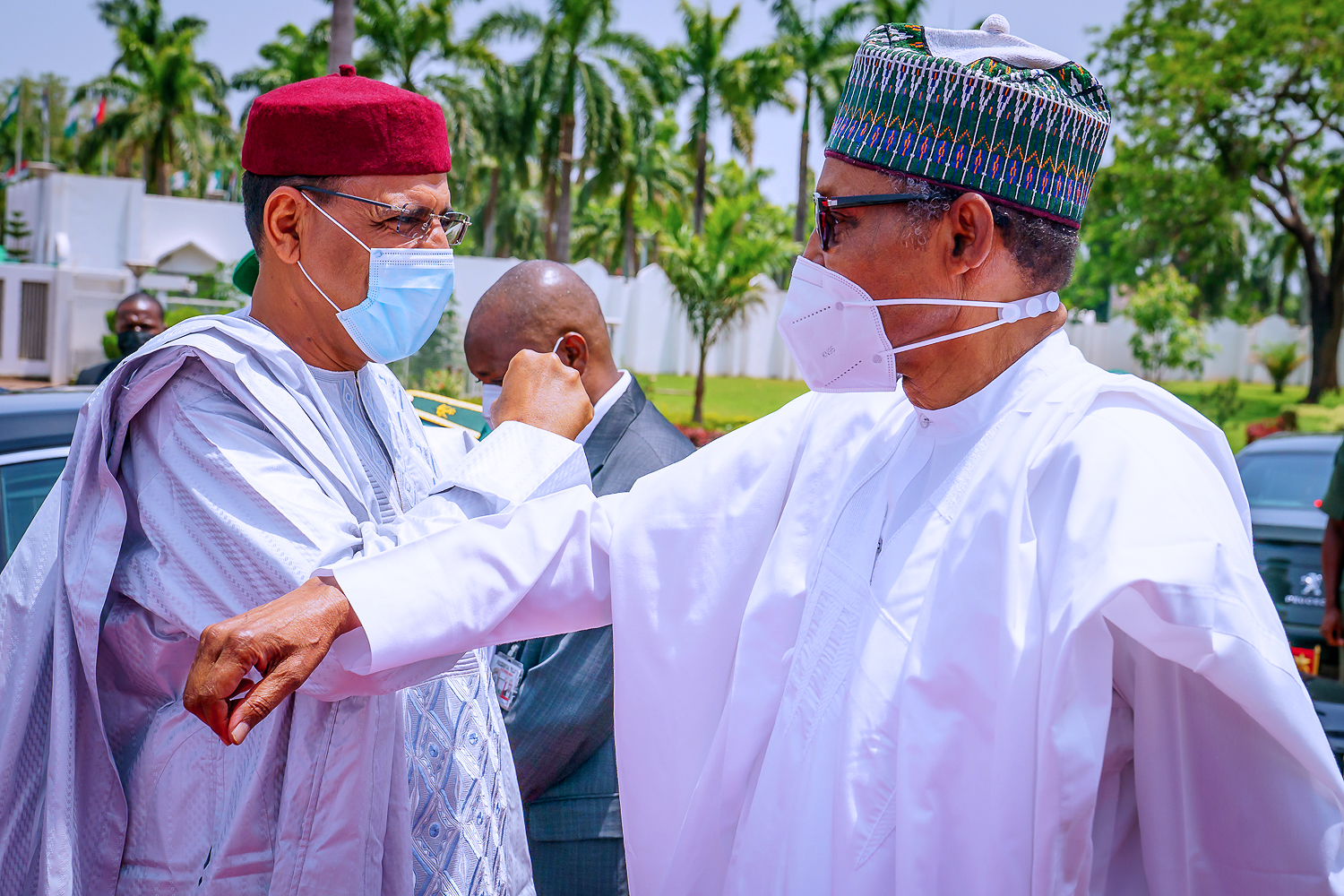 The newly sworn-in president of the Republic of Niger, Mohamed Bazoum on Monday, visited President Muhammadu Buhari of Nigeria.

Bazoum was received at the Aso Rock Presidential Villa by President Buhari himself.

Confirming the visit, a tweet from the official handle of the presidency in Nigeria, accompanied with a video of his arrival reads: “Arrival of the recently-sworn-in President of Niger Republic, Mohamed Bazoum, at the State House. He’s welcomed by President @MBuhari.”

As at the time of filing this report, the two leaders were in a closed-door meting.

Earlier, Naija News also reported that Vice President Yemi Osinbajo on Monday, briefed President Muhammadu Buhari on happenings within the past few days when he was in London for a medical check-up.

The meeting between the two leaders held at the Aso Rock Presidential Villa in Abuja, Naija News reports as confirmed by the senior special assistant (media and publicity) to the Vice President, Laolu Akande.

It will be recalled that President Buhari returned to Nigeria last week Thursday after a two-week medical trip to London, the United Kingdom.

A tweet on Monday by Akande revealed that Vice President Osinbajo and President Buhari held a meeting during which the President was briefed on a number of issues including FEC meetings that held in his absence and other issues of national importance.

“Mr. President got a briefing from VP today, having represented him on a number of events & issues in last couple weeks, including presiding over FEC meetings. VP had also represented the President at a virtual Africa Regional Commonwealth Leaders Round Table presided over by Prince Charles last Thursday.”