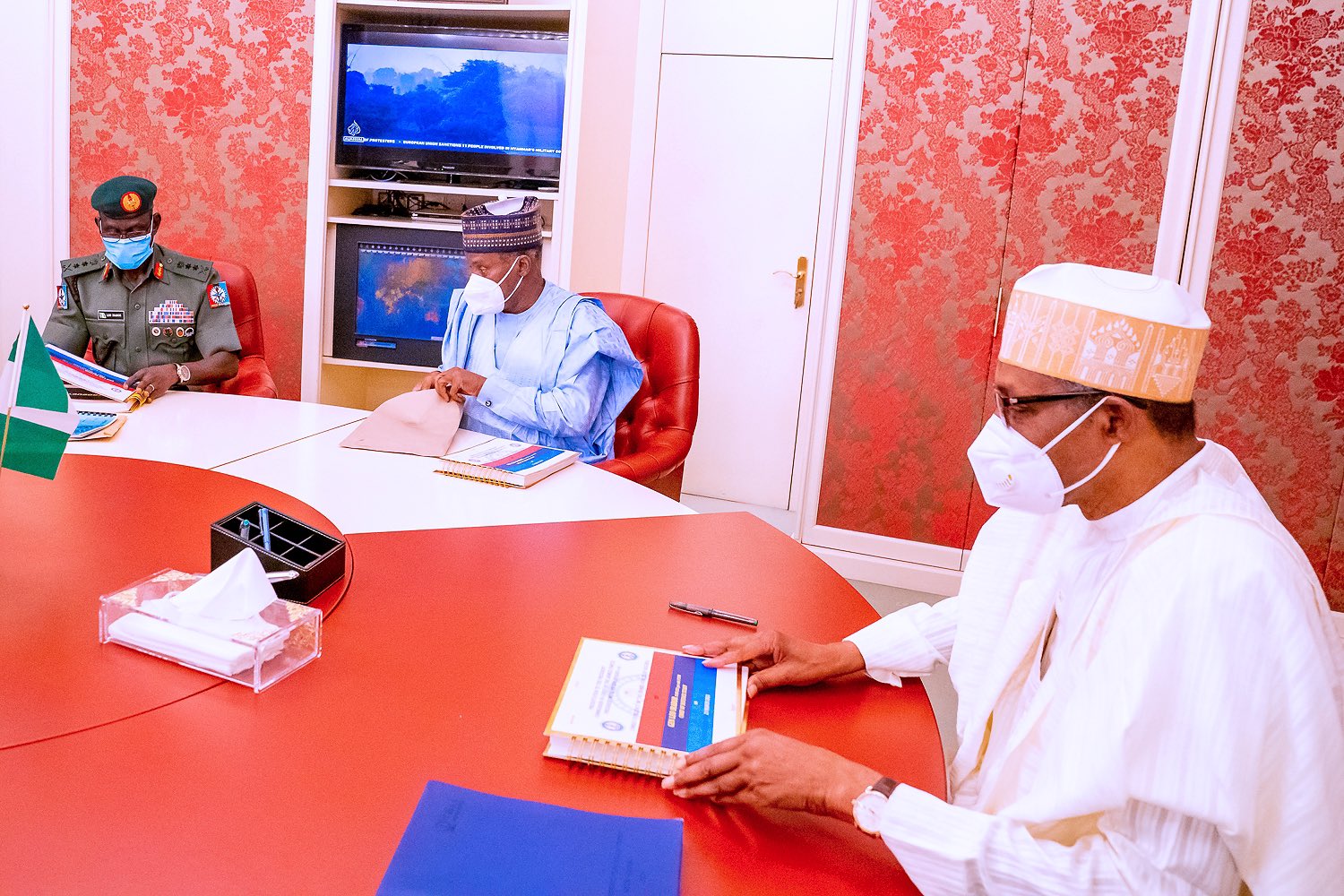 President Muhammadu Buhari on Tuesday, held a crucial security meeting with the Minister of Defence, Bashir Magashi and the Chief of Defence Staff, Lucky Irabor.

The meeting which held at the President’s office at the statehouse in Abuja, was held behind closed doors.

The development was revealed in a Twitter post by the personal assistant on new media to the President, Bashir Ahmad who wrote: “Security: President @MBuhari earlier today, held a closed door meeting with Minister of Defence and Chief of Defence Staff in his office, the State House, Abuja.”

Pictured from the meeting shows that the President’s chief of staff, Professor Gambari was also in attendance at the meeting. 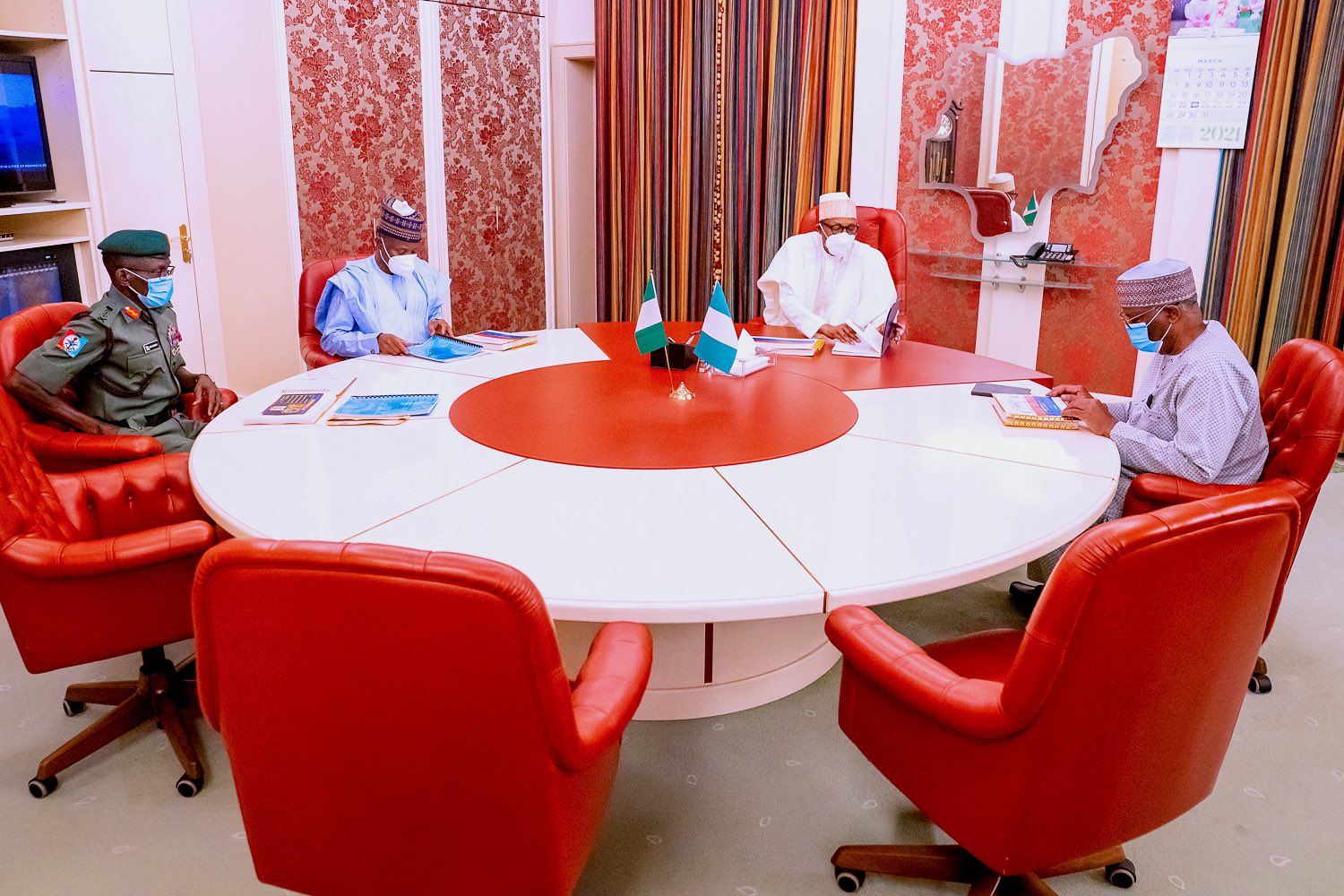 Meanwhile, the apex Pan-Yoruba socio-cultural group, Afenifere, has asked the Minister of Defence, Maj.-Gen. Bashir Magashi (rtd), to resign immediately if he can no longer secure the country.

In an interview with Daily Trust on Monday, the leader of the group, Chief Ayo Adebanjo, also asked the new security heads to quit over the continuous security challenges facing the nation.

Adebanjo accused President Muhammadu Buhari of “shedding crocodile tears” on insecurity, saying he has not been firm in dealing with the perpetrators of insecurity.

He asked the president to allow governors to take charge of the security of their states, warning that issuing statements of sympathy after every attack was not the best.

The Afenifere leader charged the government to go if it can no longer provide insecurity. Adebanjo also challenged governors in the country to stop being political about the state of security and tell the President the truth.