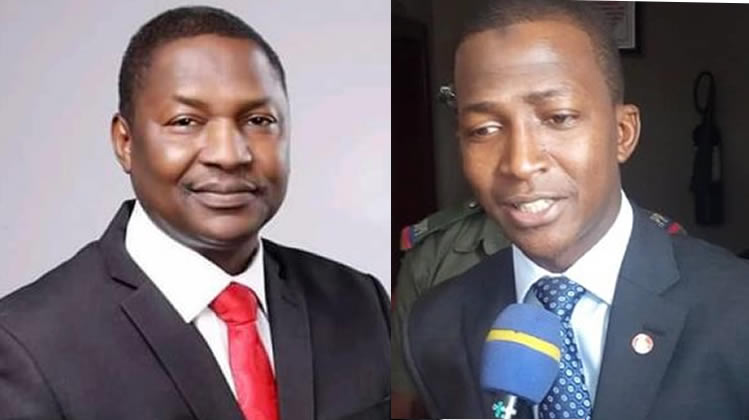 The new Chairman of the Economic and Financial Crimes Commission, Abdulrasheed Bawa, has been summoned by the House of Representatives over forfeited asset transferred to the officer of the Attorney General of the Federation.

The house committee also invited the Minister of Justice and Attorney-General of the Federation, Abubakar Malami (SAN), and Minister of the Federal Capital Territory, Mohammed Bello, over projects and fixed assets belonging to the Federal Government.

The committee noted that the acting Director of Asset Forfeiture and Recovery Management, EFCC, Aliyu Yusuf, appeared before the committee but they were not pleased with the information provided.

Kuye noted that while the anti-graft agency had transferred the forfeited assets to the office of the AGF, operatives of the commission still guarded the properties.

Yusuf, while responding to some of the questions from the lawmakers, said, “The EFCC has not really undertaken any serious disposal of assets. The only asset that was disposed of was the trucks, which were seized in Port Harcourt (Rivers State capital).”

Yusuf further stated that President Muhammadu Buhari set up an inter-ministerial committee on disposal of forfeited assets with a six-month timeframe and had been meeting to complete the assignment.

Kuye, however, faulted the regulation introduced by Malami, saying it breached Section 31 of the EFCC Act, particularly Sub-sections 1 and 4.

A member of the committee, Lynda Ikpeazu, demanded the list of assets already transferred to the OAGF as well as the timeline of those transfers.

Yusuf, however, said what he meant by ‘not seriously disposed of’ was that there are forfeitures, including real estate and vessels, and it was expected that the assets would be disposed of.

The Chairman of the committee who was not pleased with the development lamented that the assets are losing value.