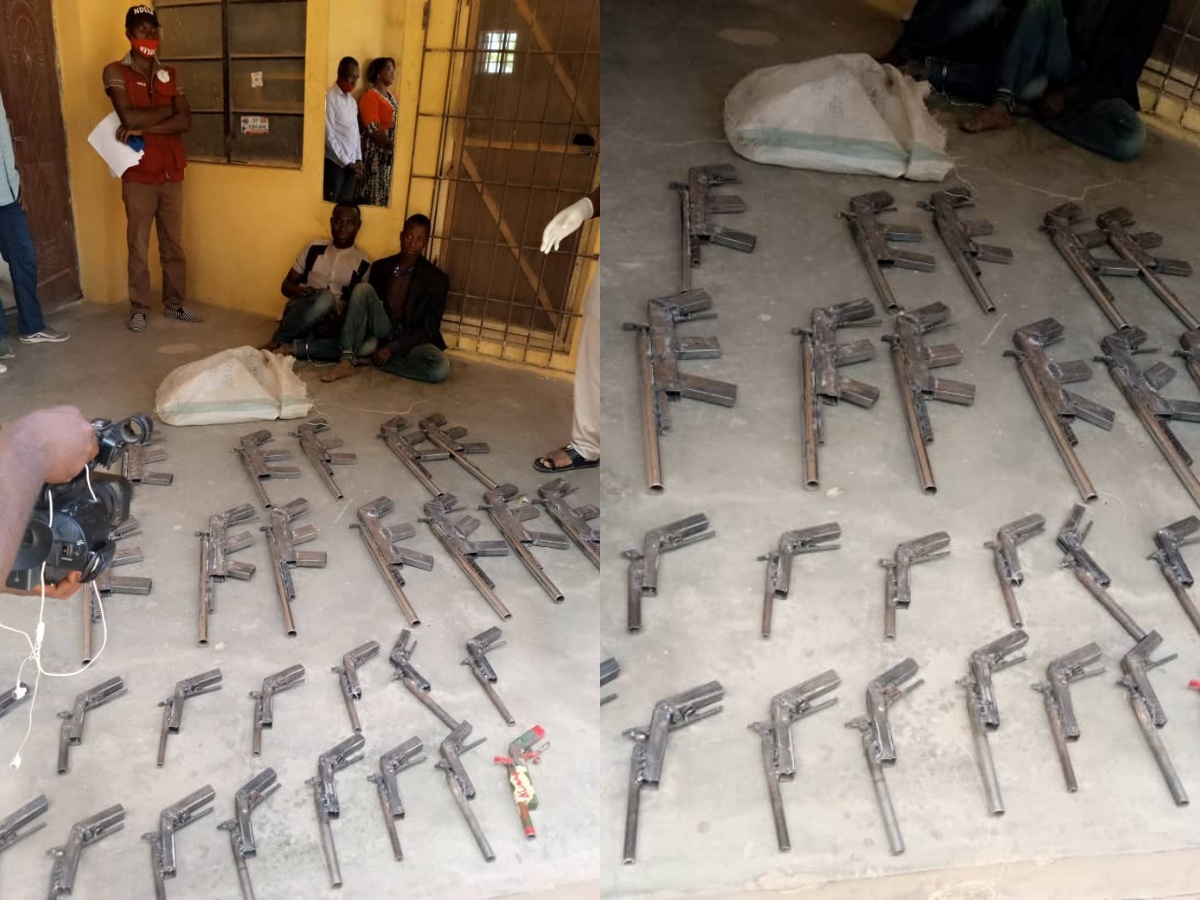 Niger State Command of the National Drug Law Enforcement Agency, NDLEA, have arrested two middle-aged men with locally made guns during a recent operation in the Kontagora area of the state.

Naija News understands that the 'rifles' shown in the above photo were recovered from the two suspects during a routine stop and search operation in the area.

He revealed that the firearms were concealed in a white sack while on a motorcycle to an unknown place when they were arrested.

He said: "Kontagora, where the weapons were seized, is about 107 kilometres from Kagara, a town in Niger State where there have been mass abductions of women, children and secondary school students in the last one month.

"Preliminary investigation shows that the fabricator of the weapons resides in Kamfaninwaya, not far away from Kontagora, while one of the pistols is fully loaded. The suspects and the weapons will be transferred to the Nigerian Police Headquarters, Minna for further investigation and prosecution of the suspects" Oludare added.

Meanwhile, gunmen suspected to be bandits have abducted over fifty people along the Tegina-Minna road in Rafi Local Government of Niger State.

Naija News reports that the victims were abducted when three passenger vehicles ran into the roadblock at Kundu set up by the bandits.