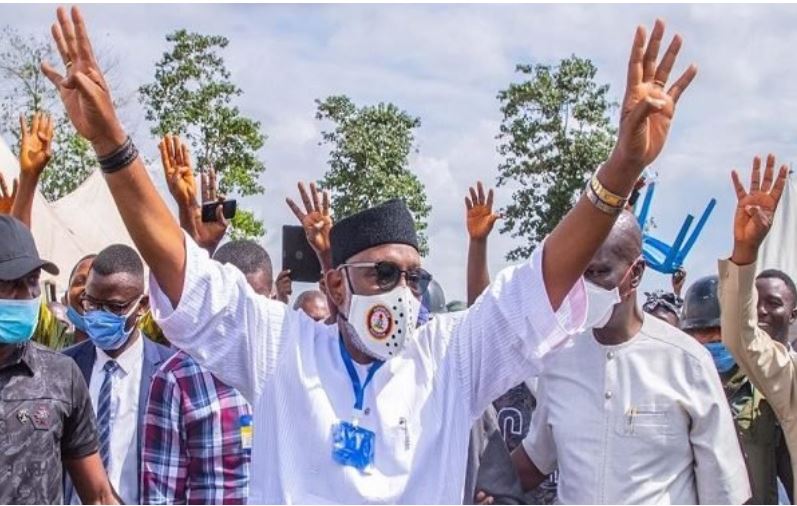 Governor Oluwarotimi Akeredolu of Ondo State has been sworn for a second term in office by the state Chief Judge.

Naija News reports that Akeredolu, who took the oath at about 10:30am, was accompanied by his wife, Betty, children, and grandchildren.

Also, his running mate, Lucky Aiyedatiwa, took the oath of office for the first time as the Deputy Governor after he replaced the former deputy governor, Agboola Ajayi.

Aiyedatiwa was also accompanied by his wife and three children.