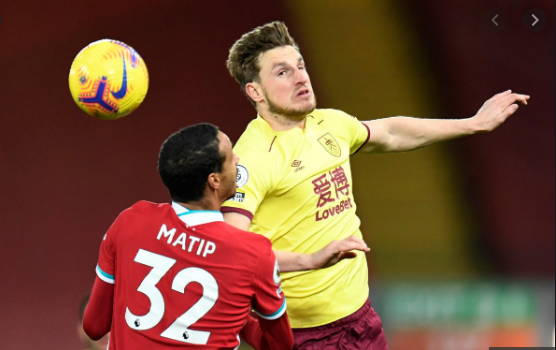 Burnley FC on Thursday night, January 21, defeated the Reds with a 0-1 win at Anfield to deprive the reds of another three points in the English league.

Naija News understands that Liverpool has last lost a match at Anfield since April 23, 2017. The Reds last suffered a league defeat on home soil since a 2-1 loss against Crystal Palace when Christian Benteke grabbed both goals against his former club.