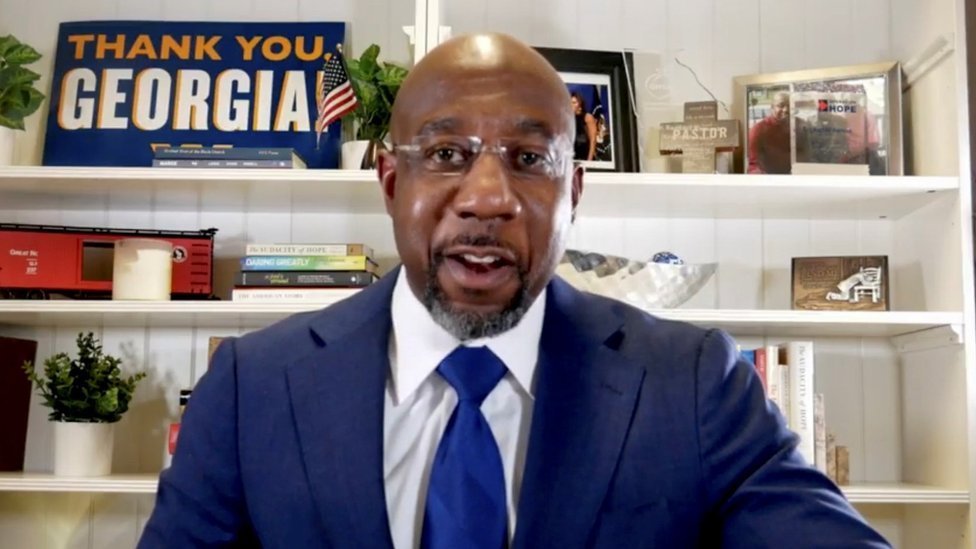 Naija News reports that the election which took place on Wednesday is the first of two critical runoff elections in Georgia that will decide control of the US Senate.

The outcome of the second runoff, which is coming down to the wire, will now determine which party controls the Senate in the first two years of the President Joe Biden era.

In a video statement released a few hours before the race was called, Warnock referred to his humble beginnings in the “Kayton Homes housing projects of Savannah, Georgia” as one of 12 children.

He said: “So, I stand before you as a man who knows that the improbable journey that led me to this place in this historic moment in America could only happen here.”

Warnock, a Black pastor with deep roots in Georgia, narrowly ousted Loeffler in what is an embarrassment for President Donald Trump as he wraps up his four years in office.

Warnock, a 51-year-old pastor, and voting rights activist, will be Georgia’s first Black senator. He is the senior pastor of Ebenezer Baptist Church in Atlanta, a post once held by Martin Luther King Jr.

He ran on a platform of increased access to health care, expanding Medicaid, and protecting voting rights. He painted Loeffler, the richest member of Congress, as out of touch.