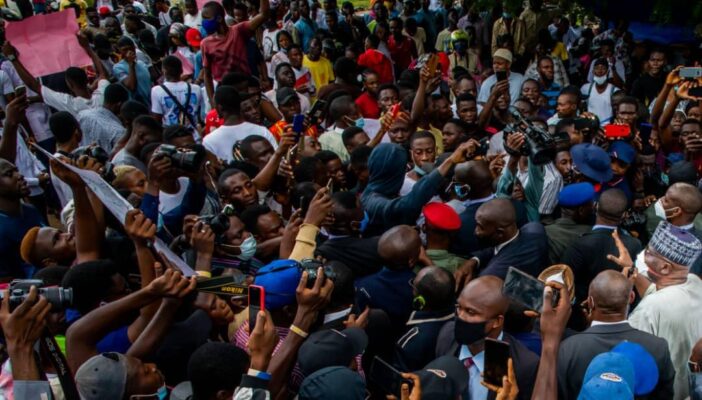 Judicial panels has been directed to Commence an inquiry across the country to investigate complaints of police brutality or extra judicial killings.

The order was given National Economic Council (NEC), at a meeting, attended by governors and chaired by the nation’s number two citizen.

According to Laolu Akande, spokesman of Vice-President Yemi Osinbajo,  the move was aimed at delivering justice for all victims of the dissolved special anti-robbery squad (SARS) and other police units.

According to him,  the judicial panels to be set up in all state, would comprise of youth representatives, students, civil society organisations and would be chaired by a retired judge.

“The Council specifically resolved that State Governors and the FCT Minister should take charge of interface and contact with the protesters in their respective domains,” the statement read.

“The Council also directed that State Governors should immediately establish a State-based Special Security and Human Rights Committee to be chaired by the Governors in their States, to supervise the newly formed police tactical units and all other security agencies located in the State.

“The idea of the Special Security and Human Rights Committee in all States of the Federation and the FCT is to ensure that police formations and other security agencies in the State consistently protect the Human Rights of citizens.

“Members of the Special Committee would also include Representatives of Youths, and Civil Society. The head of Police tactical units in each of the State would also be a member of the Committee.”

Akande noted that the panel is expected to have concluded their assignment after six months, unless it “shows convincing reasons why a state governor should allow an extension”.

All governors were also directed to immediately establish a victims fund to enable the payment of monetary compensation to deserving victims.

On Wednesday, Lagos state governor, Babajide Sanwo-Olu, announced that his administration had set up a N200 million compensation fund for families of victims of police brutality.

Young persons are currently out on the streets across the country, protesting against police brutality.