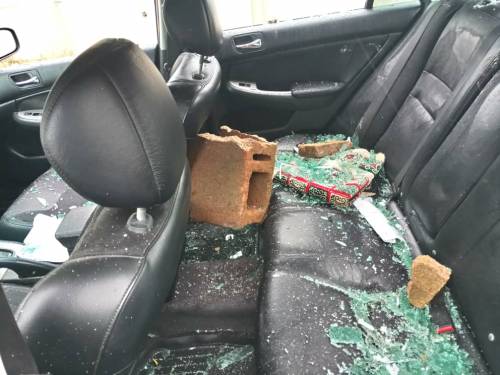 The footage of a Nigerian man simply identified as Abdlhakeem, weeping profusely as the protest was ongoing today has emerged.

Abdulhakeem’s car was among those which were vandalized by hoodlums who attacked the #EndSARS protesters, gathered under the Berger bridge in Abuja, today.

In the video, Abdulhakeem explained that he was only going to see his pregnant wife, when he got caught up in the traffic gridlock caused by the protesters.

Meanwhile, Omoyele Sowore, activist and publisher of Sahara Reporters has implied that officials/operatives under the President Muhammadu Buhari-led administration instigated thugs against the #ENDSARS protesters, in a bid to silence them.