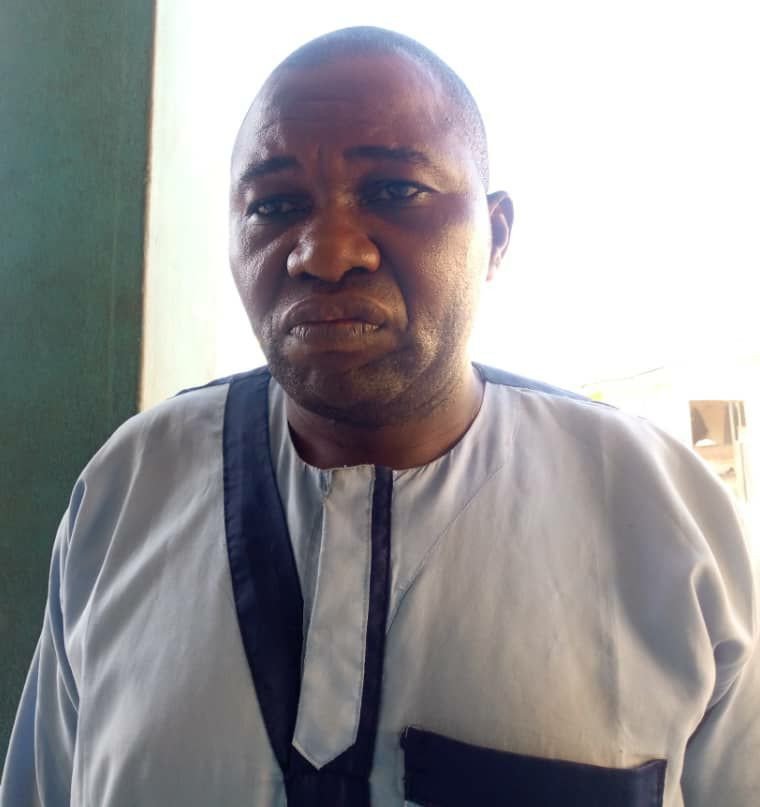 One Adamu Ibrahim, 47, a security guard of a petrol station in Ogun State has been apprehended by the state police command for allegedly planning to rob and kill his employer.

According to reports, Ibrahim who is a guard at the Inspiration Fuel Station, in Matogun area of Agbodo in Ifo Local Government Council Area of the state, made contact with his two accomplices, Ajibola Yusuf and Bakare Ifakayode, to attack the manager and collect N3million from him.

Naija News learnt that Ibrahim had given details of his manager, including his motorcycle the manager was to ride on as well as his route to hoodlums and instructed them to kill him so as to leave no traces for suspicion.

On his part, in a statement when contacted over the incident, spokesperson of the command, DSP Abimbola Oyeyemi, noted that the street urchins notified the Divisional Police Officer (DPO) of Agbado Division, SP Kehinde Kuranga, who urged them to play along with the security man while detailing his crack detectives to mount surveillance around the spot.

Oyeyemi said, “Adamu Ibrahim was arrested following a report at the Station by the duo of Ajibola Yusuf and Bakare Ifakayode to the effect that, they received series of phone calls from the suspect that the manager of the fuel station would be leaving the Station at about 8:00 pm with a huge amount of money running to Three million naira,”

The statement reads further, “They reported further that the suspect gave a description of their intended target alongside his motorcycle, instructing them to ambush, rob him of the money and kill him so as not to trace the incident to them. They stated further that the suspect believed that, being area boys, they would be useful for him to realize his devilish plan; but averred that being area boys, was not enough to introduce them to armed robbery”,

“The DPO, Agbado Division asked them to continue playing along with the suspect while he detailed his detectives to be on the suspect’s trail. Unknown to him that policemen were on his trail, he continued calling the duo, telling them the description of the manager and the route he would be passing through. Before he knew what was going on, the detectives swooped and got him arrested”.

The PS noted that the suspect had earlier denied the allegations, but later confessed to the when he understands that his evil plan had been blown open.

Oyeyemi said, “On further interrogation, he confessed to the police that the two people he contracted had the semblance of those who earlier robbed the same Station some years ago, adducing it to why he confided in them to carry out another robbery from which he would be a beneficiary to it”,

Reacting to report, the state Commissioner of Police, Edward Awolowo Ajogun, ordered the immediate transfer of the suspect to the state Criminal Investigation and Intelligence Department (SCIID) for further investigation.

Ajogun, however, admonished members of the public, especially business owners, to always ensure they carry out a background check of anyone they want to employ in order not to employ criminals unknowingly.

Meanwhile, a senior administrative staff of the Federal University of Lafia in Nasarawa State, Angelina Tyem has been found dead at her residence in the state capital on Sunday, October 4.