Twelve years after James Ibori, a former governor of Delta State, was sentenced to prison in the United States over an alleged money laundering, he has received an appointment to be the patron of the Former Governors Forum.

Naija News understands that the politician who served two-term consecutively as governor of Delta has been called to champion from underground the group which is made up of past state governors in Nigeria.

As contained in the letter signed by Chairman of the group and former governor of Niger State, Babangida Aliyu, and Prof Tunde Esan, the Executive Secretary, Ibori role as Patron of the group starts from July 13, 2020.

Part of the letter reads; “In line with the provisions of the Former Governors Forum and based on the unanimous decision of the Executive Committee of the Forum, we convey to you your appointment as Patron of the Forum.

“The Forum recognises your role not only as a former governor but equally as a respected elder statesman with passion for the promotion of unity in Nigeria, which is the major objective of the Forum.

“In addition, your role as Patron will be invaluable in the development of good leadership qualities among emerging leaders in Nigeria.”

Naija News recalls that the former governor was initially awarded 13 years sentenced by a UK court for an alleged money laundering worth more than $78.5m of public funds, but was later pardoned after serving four years.

See below a Ibori’s letter of appointment; 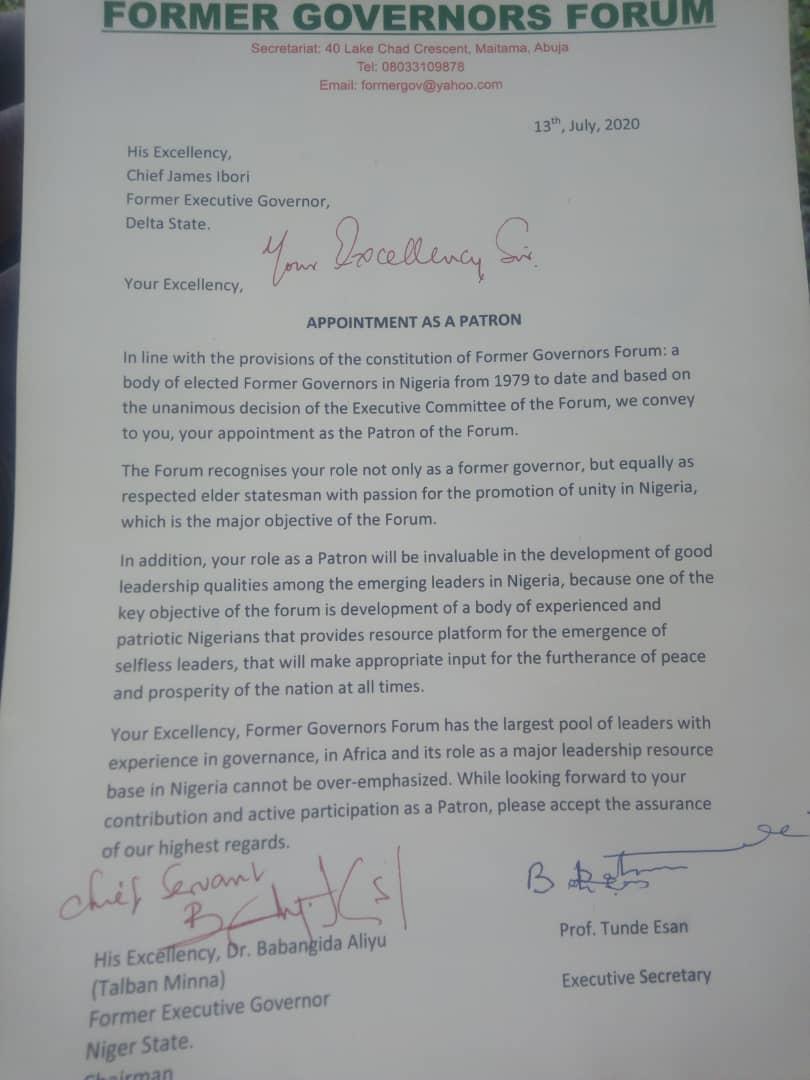 Meanwhile, former Nigerian Minister of Aviation, Femi Fani-Kayode, in a tweet Wednesday, July 29 on his microblogging site account alleged that the All Progressive Congress, APC, used black medicine to cast a spell on Yakubu Dogara, former Speaker of the House of Representatives.